Torture meted out to Hindu Sadhus-Saints during the then Congress-promoted anti-Terrorist squad (ATS) surpassed even British regime ! 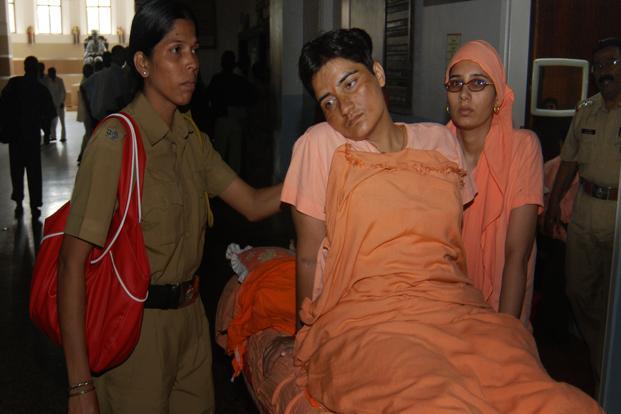 1. Sadhvi Pragya Singh Thakur was detained 13 days before her arrest by ATS officers.

2. Offensive language was used about Sadhvi’s chastity. ATS did hideous things with her like compelling her to see pornographic films.

4. Torture meted out to her was so unbearable that many times she felt like committing suicide.

5. Officer Khanavilkar and his group brutally and continuously beat up Sadhvi during day as well as night.

6. Sadhvi’s disciple Bheema bhai was forced to beat her.

7. Nobody including Sadhvi’s advocate, relatives etc. were allowed by police to contact her.

8. Owing to such oppression, Sadhvi was under severe mental tension. She was unable to consume food. She had kidney problem and in addition, she suffered from cancer.

9. Media branded Sadhvi Pragya Singh as a Hindu terrorist; but no news channel telecast news about her being admitted to hospital.

10. Few papers were got signed from her although she was unconscious and not in good mental condition.

11. Sadhvi’s Guru was abused and insulted.

12. During Congress-front regime in 2008, NIA avoided to file supplementary charge sheet out of fear of Sadhvi’s getting acquitted.