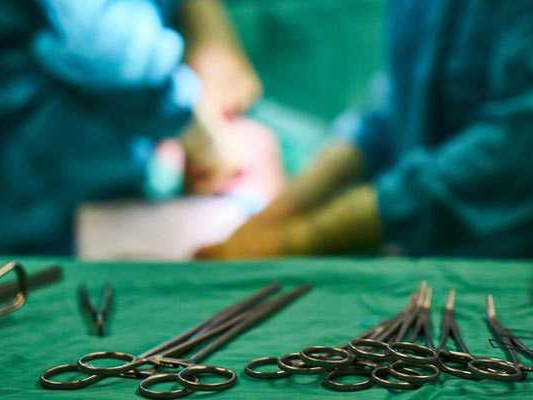 On Sunday, June 19, the staff of the government-run Rural health centre (RHC) in the Sindh province in Pakistan reportedly cut off a newborn baby’s head and left the severed head in the mother’s womb, putting the woman’s life in jeopardy.

The woman was identified as 32-year-old Hindu woman from Bheel community. She was rushed to a neighbouring hospital in Mithi, but there were no medical facilities available to treat her. Her family eventually took her to Jamshoro’s Liaquat University of Medical and Health Sciences (LUMHS), where the newborn’s severed head was removed from the mother’s womb, saving her life.

Newborn babies being subjected to inhuman treatment & their lives aren't valued in Pak – this fact is ignored by the world !#HinduChildMatters

Professor Raheel Sikander, who heads the gynaecology unit of LUMHS told the media, “The Bheel Hindu woman, who belongs to a far-flung village in Tharparkar district, had first gone to a Rural Health Centre (RHC) in her area but with no female gynaecologist available, the inexperienced staff caused her immense trauma.”

In a botched procedure on Sunday, a RHC staff cut off the unborn baby’s head and left it in the mother’s womb, he added.

Sikandar further informed the baby’s head was entrapped inside and the mother’s uterus had been ruptured and they had to open up her abdomen surgically and take out the head to save her life.

Only after the news of the horrifying incident went viral did the Pakistani government intervene and directed authorities to form a medical investigation board to investigate the tragedy and find the perpetrators.

According to reports, the Director-General of Sindh Health Services Dr Juman Bahoto has also ordered separate inquiries into the case.

He stated that the investigation committees will look into what happened, particularly the lack of a gynaecologist and female personnel at the RHC in Chachro.

Dr Juman Bahoto added that the inquiry panel will also examine reports that stated that some hospital staff took pictures and shot videos of the woman while she was lying on a stretcher fighting for her life. “Apparently, some members of the staff took her photos on a mobile phone in the gynaecology ward and shared those pictures with different WhatsApp groups,” Juman added.