The misappropriation of funds of Shri Tuljabhavani Mandir funds is the outcome of the Government taking over the management of temples ! 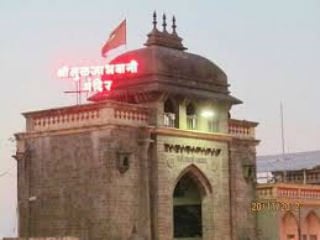 Mumbai : Shri Tulja Bhavani temple is the worship place of millions of Hindus and the ‘Kul-devata’ of Maharashtra. The then manager of this temple, Mr Dilip Naikwadi who was absconding after misappropriating the ancient ornaments of the Goddess, other items, and ancient coins, has since been arrested by Tuljapur police after one year. It is not enough. The dimensions of the looting of Devi’s wealth and the period for which such looting was carried on is quite long. The chances of involvement of only Dilip Naikwadi are remote. The mastermind of this case, the number of junior and senior government officers and those who are directly and indirectly a part of this loot is high. Hindu Janajagruti Samiti (HJS) has, therefore, asked through a press note that when would the police and government administration take action against all the guilty corrupt persons.

It has been further stated in the press note that

2. HJS congratulates the former President of ‘Pujari Mandal’ of Tuljapur, Mr Kishore Gangane for lodging a complaint against this misappropriation and constantly following up with the case. Such alertness is required in all devotees.

3. Stringent action has to be taken against Dilip Naikwadi so that nobody would dare to loot Devi’s treasure in the future. The police and administration should also continue their action without falling prey to any kind of pressure till all the items looted from the treasure, coins, ornaments, etc are not retrieved.

4. Despite any attempts to protect the fraudsters, they should remember that God will always do justice, even if there is delay, and punish the culprits. We have faith that Adishakti Shri Tulja Bhavani will not spare the evil tendencies and severely punish them.

1. HJS had constantly raised voice, through legal means, against the misappropriation of funds worth hundreds of millions of rupees, and even 265 acres of land committed while managing Shri Tulja Bhavani Mandir during the period 1991 to 2009. HJS had filed a petition at Mumbai High Court’s Sambhajinagar Bench in this context.

2. As per the orders of the Court, the State Crime Investigation Department submitted a report to the Home Ministry in 2017 on the scams; but the persons guilty in this case and what action was taken against them was not mentioned anywhere in the report and still to be known to the citizens. The issue was even raised during a special session of the State Legislative Assembly for taking action against the guilty in this case. The MLAs even staged agitations in Vidhan Bhavan; many pro-Hindu organisations staged agitations all over the State on this issue; but why did the Government not show sensitivity towards this issue? Such cases prove that taking over management of temples by the governments results in looting temples.