Hindu culture teaches universal brotherhood while the other culture, on 9/11, gave a message of destruction to the world! – Dr Sachidananda Shevade 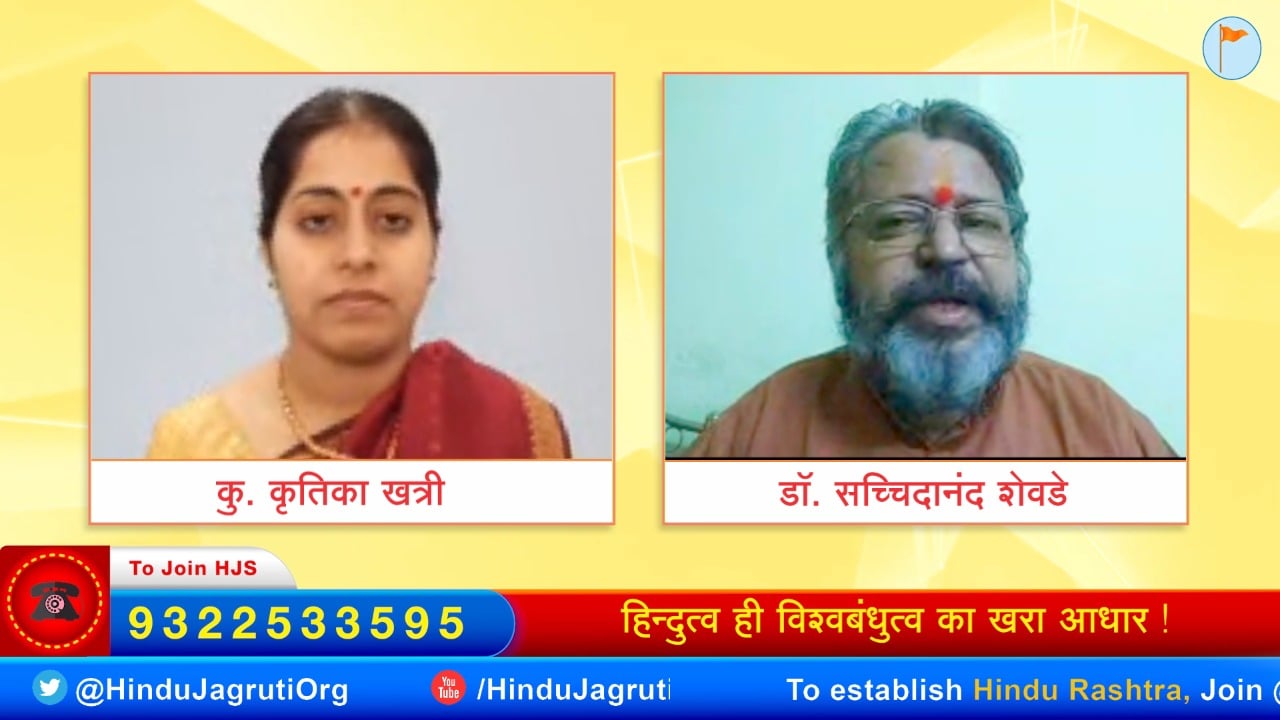 Swami Vivekananda had shown the world that Hindu culture gives the message of universal brotherhood when he attended the international religious conference held in Chicago, USA on 9/11 exactly 128 years ago. 20 years back, on the same day i.e. 9/11, it was proved through terrorist attacks that the message of the other culture is the destruction of the world. This is the difference between the two cultures. Today, we see the way Talibanis are treating women in Afghanistan. Out of the 85 terrorist organisations in the world, there are mainly organisations following Islamic, Christian, and communist ideologies. There is not even one Hindu organisation in them. The fourth-largest population in the world is Hindus. On displacement of 4.5 lakh Hindus from Kashmir, none of them became a terrorist; because Hindus are tolerant. Hindus have never converted others with a sword in one hand and holy scripture in the other hand. ‘We don’t want fights, we want cooperation, ‘We don’t want discord but there should be dialogue’, ‘We don’t want destruction, but there has to be acceptance’, these are the three principles based on which Hindu Dharma inspires universal brotherhood, stated Dr. Satchidanand Shevade, a renowned writer and orator while speaking in an online program held by Hindu Janajagruti Samiti (HJS) on the topic of ‘Hindutva: the true foundation of universal brotherhood’.

He said further that while Hindu Dharma teaches universal brotherhood, an international conference is being held on ‘Dismantling Global Hindutva’ against Hindu Dharma. None of the speakers participating in it has studied Hindu Dharma; including the speakers from India viz. Ayesha Kidwai, Anand Patwardhan, Banu Subramaniam, Mohammad Junaid, Meena Kandasamy, Neha Dixit, etc. These people can participate in such anti-Hindu conferences which itself proves that Hindus are tolerant. Do these leftists have the guts to hold such conferences against followers of other religions? Its effects can, however, be seen through ‘Charlie Hebdo’. Owing to such anti-Hindu conferences, the Hindu community is coming together at the international level. The leftists are used to only creating problems but they cannot solve any problem; therefore, a big country like Russia also was divided. Even China, which is suppressing the voices of many factions, could be divided in the future. There is no democracy in the countries ruled by the leftists even though they are always preaching about ideology and democracy to others. The leftists always give the example of Hitler but they never disclose that Stalin, who was a leftist, killed more people than Hitler. Stalin killed 2 crores of people whereas Mao killed 3 crores of Chinese people. This truth should be told to people, said Dr. Shevade.