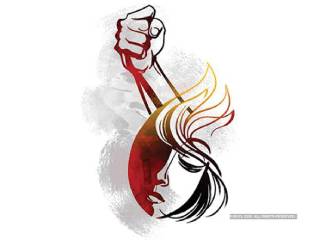 New Delhi : India has summoned a senior official of the Pakistan High Commission  and lodged a strong protest over the recent cases of abduction of minor girls from the minority Hindu community in Pakistan, and urged for the safe return of them to their families, government sources said, TOI reported.

The development comes after incidents of kidnapping of minor girls from the Hindu community came to light in Pakistan earlier this month.

Two minor girls, Shanti Meghwad and Sarmi Meghwad, belonging to the minority Hindu community were abducted on January 14. They belong to Umar Village in Tharparkar of Sindh province.

In another incident, a minor girl, Mehak, also belonging to the minority Hindu community, was abducted from Jacobabad district of Sindh province in January 15.

“Pakistan has been conveyed the grave concerns as expressed amongst various quarters of the Indian civil society at such a shocking and deplorable incident involving minor girls from the minority Hindu community in Pakistan. The incidents have been strongly condemned and asked for the immediate safe return of the girls to their families,” government sources said.

Recently, an angry group of local residents pelted stones at Gurdwara Nankana Sahib in Pakistan on January 3. The group was led by the family of a boy who had allegedly abducted Sikh girl Jagjit Kaur, daughter of gurdwara’s panthi, last year.

India had strongly condemned the “wanton acts of destruction and desecration” at Nankana Sahib, the birthplace of Guru Nanak Dev, and called upon Pakistan to take immediate steps to ensure the safety and welfare of the members of the Sikh community.

Days later, the body of Sikh youth, identified as Ravinder Singh, was found in the Chamkani police station area of Peshawar. The deceased was the brother of an Islamabad-based journalist, Harmeet Singh.

India had also shared strong concerns raised by members of civil society, parliamentarians and others at the “continued persecution of religious and ethnic minorities” in Pakistan.