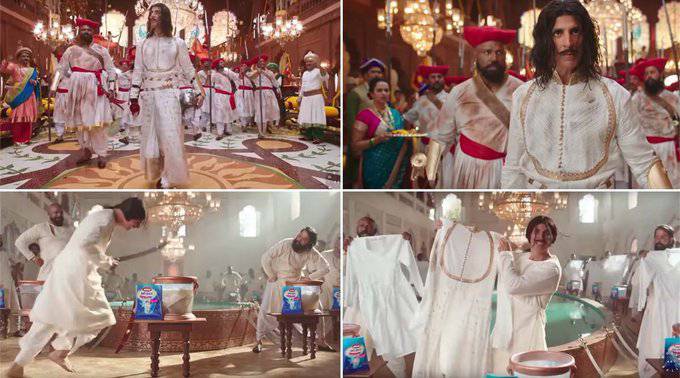 In an advertisement of Nirma Washing Powder, Bollywood actor Akshay Kumar is shown as a King of Maratha soldiers, all in soiled clothes. The womenfolk get annoyed with the state of the clothes, to which Akshay Kumar retorts, “Maharaj aur uski sena dushman ko dhona jaanti hai, aur apne kapde bhi “(The King’s army can wash clothes as well as it can thrash the enemy!)

The actor then uses Nirma washing powder to wash his cloths followed by dancing funnily with background dancers. A complaint has also been filed against Akshay Kumar and others related to this advertisement.

Due to these developments, many Hindus took to Twitter to express that they are against such mockery of brave Maratha warriors and demanded that makers of Nirma washing powder, Akshay Kumar and makers of Advt should apologise for their mistake. Twitterati also demanded that this advt should be removed immediately from all platforms. People were using hashtag #BoycottNirma to express their sentiments and soon it became one of the top national Twitter trends in India. Once it reached on 4th spot and remains in top 10 trend in India.

Mr. @akshaykumar , have you ever read history of Maratha's ? If No then go and read their sacrifice towards Nation. Else dont mock our Maratha culture !#BoycottNirma pic.twitter.com/cQE8k39GGv

#BoycottNirma
In advt of Nirma Washing Powder, Akshay Kumar is shown as a King of Maratha soldiers, all in soiled clothes. The womenfolk are annoyed with the state of the clothes. To which Akshay Kumar retorts ”the King’s army can wash clothes as well as it can thrash the enemy!” pic.twitter.com/Zxu2mVFmFx

Withdraw the Advertisement from All Media

The call for boycotting Nirma also got coverage from various media entities, like :