Thanks to the Central Govt. For passing ‘Citizenship Amendment Bill’ 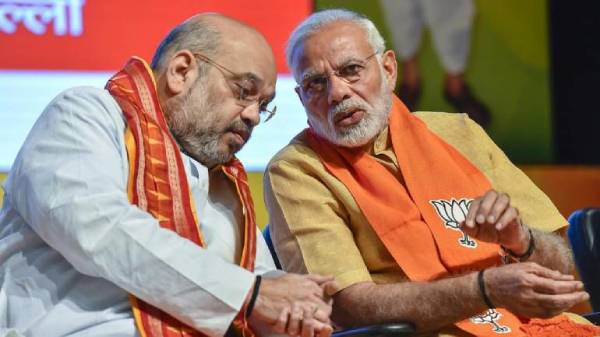 The Article 370 in Kashmir has been abrogated; the ‘National Register of Citizens’ (NRC) which has been implemented  in Assam will be implemented throughout the country and the injustice done to Hindus for years together will be remedied. Now, the Modi Government has passed ‘Citizenship Amendment Bill’ (CAB) which would give Indian citizenship to Hindu, Buddhist, Sikh, Jain, Parsee refugees who have migrated from Pakistan, Bangladesh and Afghanistan. This decision is praiseworthy. Hindu Janajagruti Samiti welcomes the decision and thanks to the Central Government for displaying inclusiveness to refugee Hindus in the world. With this, the problem of migrants from foreign countries has been solved; however, the problem of more than 5 crore jihadi infiltrators from Bangladesh, Pakistan and Rohingyas who have intruded in the country remains to be solved. Due to these infiltrators, the additional burden on the scarce national resources has increased and serious threat to the national security has also been posed. Therefore, these infiltrators should be immediately deported from India, demanded Mr. Ramesh Shinde, National Spokesperson of Hindu Janajagruti Samiti.

Hindu Janajagruti Samiti has been raising voice from time to time against the atrocities being committed on Hindus in Pakistan, Bangladesh, etc. The issue was also raised through agitations held in the past. A resolution to this effect was passed in the All India Hindu Conventions being held every year and demand in this regard was submitted to the Government. Today, this demand has been fulfilled. The Hindu refugees all over the world were pleased with this decision and Hindu Janajagruti Samiti is also equally happy. We thank the Modi Government on behalf of Samiti, as well as, the ‘All India Hindu Convention’, said Mr. Ramesh Shinde.