2. Police and members of other organizations also got benefit of this camp. Police appreciated HJS activities and opined that such activities were need of the hour.

Medical checkup was held by HJS at Sangli 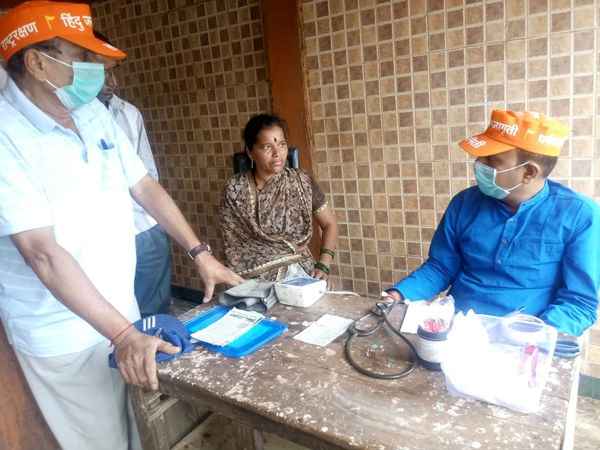 Sangli : On 15th August, HJS held medical checkup at Sangliwadi for the flood-hit people and medicines were distributed. Dr. Amit Bhosale conducted this checkup. More than 50 people could get benefit of the same. Sou. Tanuja Padiyar, Kum. Aishwarya Vandare and Shri. Kothavale of HJS assisted in this task.

Divine nectar which immortalises the one who drinks it