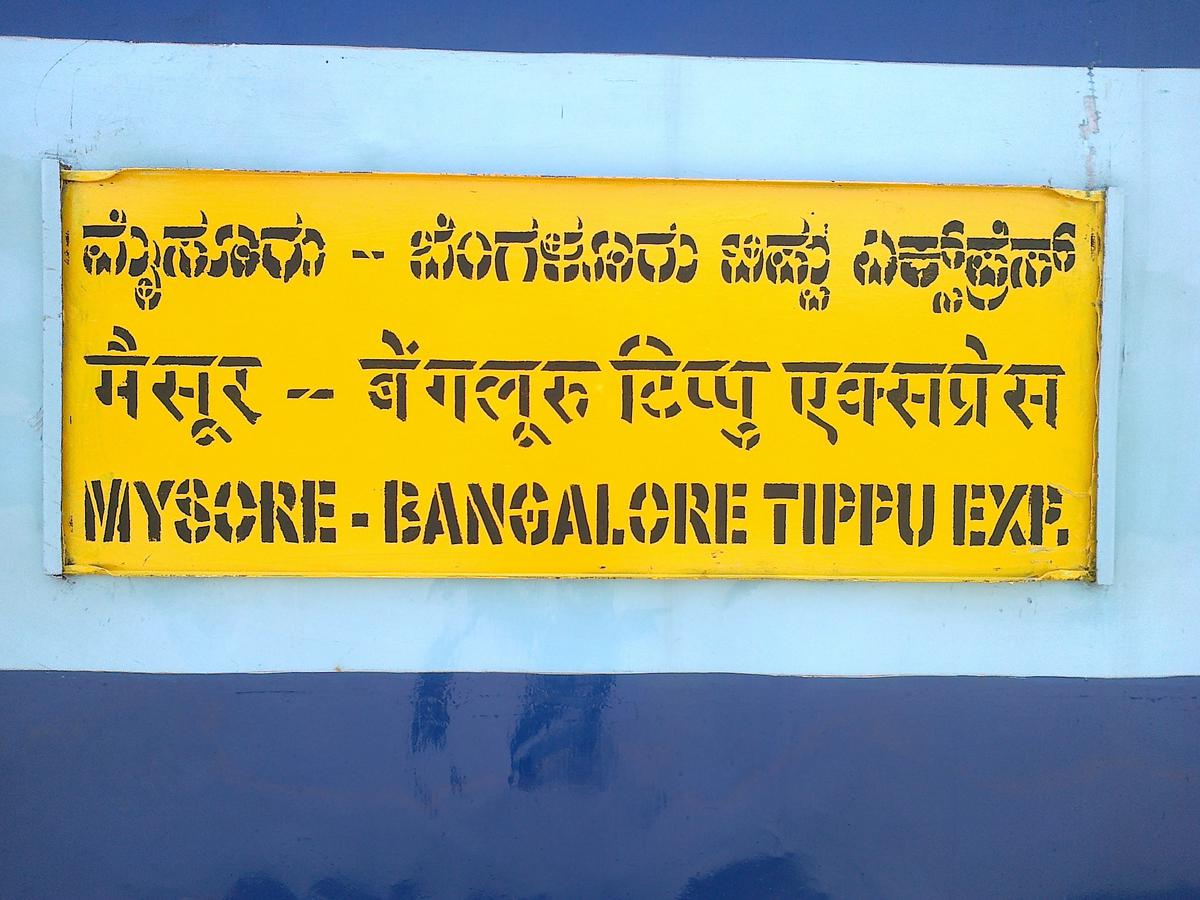 The Hindu Janajagruti Samiti on Wednesday demanded that the Tipu Express running between Bengaluru and Mysuru be renamed after great personalities like Krishnaraja Wodeyar and Sir M Visvesvaraya.

The plea comes in the backdrop of the BJP government in Karnataka dropping the annual state celebration of Tipu Jayanti after Yediyurappa took over as the chief minister last month.

The samiti said renaming the train would be a tribute to Wodeyar and Visvesvaraya, who had contributed in spreading irrigation and electricity networks in the state.

The government issued an order cancelling the “TipuJayanti” celebrations, initiated by the Siddaramaiah-led Congress government as an annual affair on November 10 in 2015.