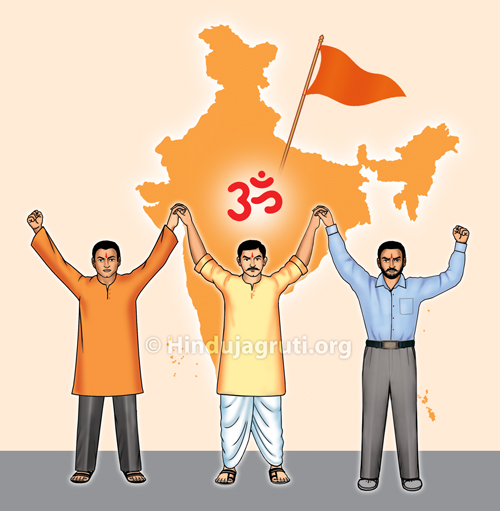 Leaders of various pro-Hindu organizations addressed the meeting. Shri. Prabhu of ‘Bharat Hindu Munnani’ explained effective use of social media for ‘Dharmaprasar’. Advocate Seetaraman advised that situation involving police and government officers should be handled in cordial and peaceful manner, avoiding unnecessary arguments, for getting our work done.

2. Many people felt that the atmosphere in the hall had become ‘sattvik’ due to lighting of lamp and display of Shrikrushna’s picture.