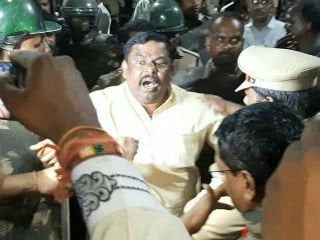 Some of the demands made by devout Hindu activists through representation

1. Action should be taken against the concerned police officer after inquiry, for the inappropriate manner in which way Telangana police treated MLA T Rajasingh.

2. Investigations should be conducted into those who tried to construct mosque in unauthorized manner.

3. Legal action should be taken against all fanatics present at the place of incident and supported action taken against MLA T Rajsingh and severest punishment should be given to them.