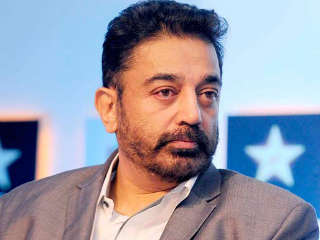 A Tamil Nadu court has summoned actor Kamal Haasan to appear before it on May 5 in connection with comments he made on Mahabharata. The court’s direction has come after a petition was filed by the Hindu Makkal Katchi, which has accused the actor of making “anti-Hindu” remarks. In an interview to a Tamil news channel, Kamal is reported to have said, “In Mahabharata, Panchali was used as… collateral. India is a country that respects and honours a book that revolves around men gambling away a woman as if she was a mere object.”

The particular comment did not go down well with the ethnocentric-groups. The HMK moved a court in Tirunelveli, while a complaint was also lodged at the Chennai City Police Commissionerate against Kamal for allegedly insulting the epic mythological book.

Rama Ravikumar, the state secretary of HMK, stated that the actor’s comments hurt their religious sentiments and that he was ‘anti-Hindu’. “When Vishwaroopam released, Muslims (several groups) had protested against the movie (for allegedly depicting the community in a negative light). He had then said that there is no safety in this state and that he should go somewhere else and live. He does not have the guts to talk about any other religion. He is an anti-Hindu person, so we complained against him. We have been suffering for long but haven’t been saying anything,” he said according to The News Minute.

On the work front, Kamal, who is recovering from injuries and the recent death of his brother, is now reportedly gearing up to host the Tamil version of popular reality show Bigg Boss. The actor is personally involved in overseeing the pre-production work of the show as it marks his television debut. A posh house is being built in Lonavla, Maharashtra for the show. Meanwhile, he has resumed the post-production work of his long-delayed film Vishwaroopam 2.