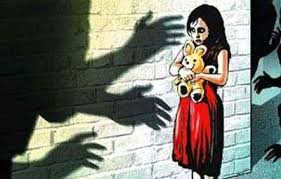 Yet another ghastly revelation emerging from the sanctified walls of the Syro-Malabar Church relates to the rape and impregnation of a minor girl by Fr Robin Vadakkumchery, vicar of the St. Sebastian’s Church at Kottiyoor, which falls under the Catholic Diocese of Mananthavady.

What is truly sickening in this case is how both the girl and her father were pressured by the Church authorities into falsely admitting that she was raped by her own father. As the long and documented history of rampant paedophilia in the Catholic Church across the globe shows, the typical modus operandi includes a combination of psychological and authoritarian pressure and monetary allurement exerted upon the victim. It’s no different in this case as well, as this Indian Express report shows:

The police said the priest had promised money to the girl’s father for accepting the paternity of the child.

“The priest gave money to pay the hospital bills after the delivery. The victim’s parents are farm workers and have five children, all minors. The priest also assured them he would look after the family’s future financial requirements. The girl’s father was not aware of the harsh laws and what was in store for him,” said the officer, adding that the father’s “loyalty towards the priest” also prompted him to shoulder the blame of the vicar’s alleged crime.

In other words, the victim’s family was poor, helpless, and looked up to the Church authorities as figures of trust and authority. Indeed, not only was Fr Robin a vicar, he held several influential positions in the diocese. He was Director of the Church-run daily paper, Deepika as also the Director of its TV channel, Jeevan TV. Unfortunately for the girl, he was also the manager of the IJM Higher Secondary School, Kottiyoor, where she was studying in Class 12.

As that Indian Express report mentions, but for an undercover police investigation, Fr Robin would’ve never been apprehended because he was all set to flee to Canada. More fundamentally, the investigation was itself put in motion thanks to an anonymous letter received by a child helpline in Kerala.

Indeed, the Catholic Church in Kerala seems to have set a record of sorts for pervasive sexual abuse of nuns as well as paedophilia. Consider these:

It goes without saying that these are merely the cases that were reported or somehow came to public attention and that the number of the unreported ones is far greater.

But what’s worse than the actual crime is the cover up which happens inevitably, and almost immediately in each such case. Indeed, the constant refrain is about the Church pressure on the victims to stay silent and the motions initiated to protect the perpetrators. Apparently, it appears that the higher in the Church hierarchy the perpetrator is the greater is the protection he enjoys. This phenomenon reveals three key elements:

The first is the swiftness on the part of the Church to protect the perpetrator, which stems from its ever-vigilant attempt to preserve the global Catholic Church apparatus intact.

The second is the vise-like hold that it maintains over the flock of its faithful who although aggrieved, have practically no redressal.

The third is its ability to influence and manipulate the state and the legal system in its favour.

Indeed, it’s not inaccurate to say that perhaps the greatest accomplishment of the global Catholic Church has been the manner in which it has continued to emerge almost unscathed over the centuries despite being tainted by innumerable sexual crimes. This feat is truly unparalleled in the history of mankind.

If that sounds harsh or farfetched, one only needs to read the comprehensive and damning expose by the “Spotlight” team at The Boston Globe of how for over three decades, numerous clergymen sexually exploited underage boys in the Roman Catholic Church in the Boston area. One of the victims of the notorious priest, Fr Geoghan, was just four years old. The expose was later made into the award-winning and highly acclaimed movie, Spotlight.

First published as a series in 2002, the expose apart from generating massive public outrage against the Catholic Church, also eroded the “traditional deference to church.” Yet, the same pattern of cover-up was repeated in that case as is now occurring in Kerala as we shall see.

….as documents started flowing from the church in 2002 and more alleged victims came forward, it soon became clear that clergy abuse was…a systemic problem in the Boston Archdiocese, involving scores of priests and hundreds of victims across the metropolitan area.

For decades church leaders kept horrific tales of abuse out of the public eye through an elaborate culture of secrecy, decepetion, and intimidation. Victims who came forward with abuse claims were ignored or paid off, while accused priests were quietly transferred from parish to parish or sent for brief periods of psychological counseling… By the end of 2002, some 1,200 priests had been accused of abuse nationwide, according to a study by The New York Times.

This isn’t really different in what’s unfolding at present. The same Shibhu Kalamparampil has this to say:

I strongly believe that the family may have tried to hush up the rape after pressure was mounted on them from top echelons in the Church. A priest alone will not be able to cover up such a serious crime… Many believe this and never report incidents of sexual abuse to the authorities. This has been encouraging priests to continue with their immoral activities. The bishops turn a blind eye as it will affect the very survival of the Church…

Shibhu’s remark is consonant with the aforesaid note on preserving the global Catholic Church apparatus intact. It also resonates with the late Christopher Hitchens who waged a lifelong crusade against rampant sexual abuse in the Catholic Church “from Ireland to Germany to Australia to Belgium to the United States,” and scathingly remarked how

the Roman Catholic Church holds it better for the cries of raped and violated children to be ignored, and for the excuses and alibis of their rapists and torturers indulged, and for a host of dirty and wilful untruths to be manufactured wholesale, and for the funds raised ostensibly for the poor to be paid out in hush money and shameful bribery, rather than that one tiny indignity or inconvenience be visited on the robed majesty of a man-made church or any limit set to its self-proclaimed right to be judge in its own cause.

Indeed, it’s a travesty of sorts that in the wake of each scandal emanating from the Catholic Church, the clergy authorities don’t think it fit to hand over their errant underlings to the law of the land but institute their own internal “inquiries,” a euphemism for “cover up.” In the case of Fr. Robin,

Curiously, the Mananthavady diocese had not taken any action against the priest until the police registered the case against him. Mathew Perumattikunnel, vicar general of the diocese, claimed that the matter had come to their notice only after the police took the priest into custody.

However, the Church activists take the claim with a pinch of salt since the victim had given birth to the child in the Church-run hospital… the priest had announced during the mass on Sunday that he was going on leave.

Ultimately, there’s a cruel irony in every such episode of child abuse emanating from the Catholic Church. Since the beginning, the Catholic Church’s position on homosexuality, contraception, and abortion between consenting adults has remained absolute and unflinching—that they are sinful. Yet when a crime as depraved as paedophilia is committed by one of its own—a Man of God no less, far from regarding it even as a sin, it closes ranks and protects him.

One is reminded of these timeless lines of Shakespeare:

That keep this dreadful pudder o’er our heads

Find out their enemies now. Tremble, thou wretch

That hast within thee undivulgèd crimes