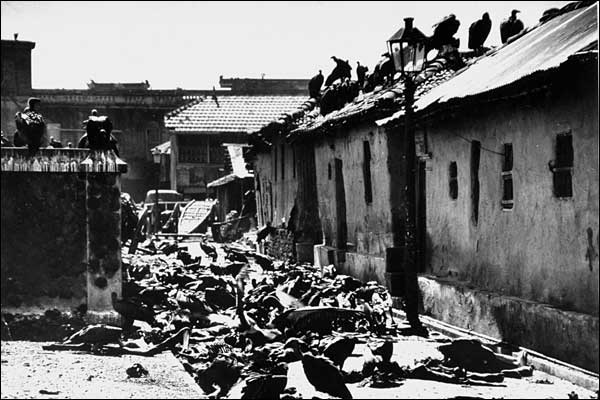 1. Gandhi is known as ‘Rashtrapita (father of the nation)’; but as per article 395 of Indian Constitution, there is no mention of declaring any person as a ‘Rashtrapita’.

2. Gandhi had called the ‘Muslim League’ a great organization when in fact it was instrumental in the partition of this country. 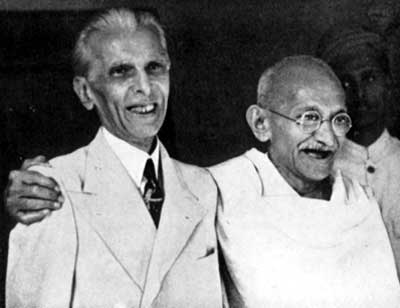 3. Gandhi praised Jinnah when it was Jinnah who had brought about the most cruel, dreadful genocide (of only Hindus). He had also planned to drive away human beings (those having a pure mind, behavior and culture i.e. Hindus) from their own birth-place.  Gandhi also praised the murderer, Surhavardi, as ‘shahid’ (martyr).

4. Gandhi referred to the murderer Abdul Rashid as ‘bhai’ although he had killed a great patriot and revolutionary viz. Swami Shraddhanand; besides this, he referred to the killers in the Mopla massacre as ‘devout’.

5. Gandhi praised Muslims as devout, patriots and ‘shahid’ (Muslim martyrs). In stark contrast. Gandhi had always insulted martyrs like Bhagat Singh and all other Hindu revolutionaries.

6. In 1925, Gandhi had founded ‘Jamia Milia Islamia’, an organisation in Delhi that supported the Bharat–Pakistan partition.

7. Gandhi first sought votes against the partition of the country. Innocent Hindus had trusted him and had blind faith in him and so they too supported the Congress. However later, Gandhi did a U-turn and changed his opinion to being in favour of India’s partition. (It was a grave act of deceit of Hindus by Gandhi. Thus many Hindus, being ignorant, fell prey to mass genocide ! – Editor, Dainik Sanatan Prabhat)

8. Maharaj Hari Singh of Jammu – Kashmir Sansthan had the constitutional right to merge his ‘sansthan’; but Gandhi paid no attention to him.(Owing to such policies of Gandhi, the problem of Kashmir is growing like a bleeding wound ! – Editor, Dainik Sanatan Prabhat)

9. Gandhi observed a hunger strike for pressurizing the then Indian Government into giving Rs. 55 crores (present value – More than Rs. 4000 crores) to Pakistan immediately. Ironically, at the very same time, the cold-blooded genocide of Hindus was being carried out in Pakistan.

(Gandhi, honored with the title of ‘Rashtrapita’, has caused immeasurable loss to Hindus and consequently to this country which is irreparable. Congressmen, descendants of Gandhi, known for handing over Hindus to Muslim butchers, are following in the footsteps of Gandhi. Even today, Congressmen are content with trampling upon the sentiments of their own people and being slaves to outsiders so as to appease Muslims at the cost of sacrificing Hindus. It is now time to show the Congress, which is keen on eliminateing Hindus, its proper place. O Hindus ! Learn from history ! Take immediate steps to destroy the Congress which is busy kowtowing to the Muslims ! Remember that our country will be secure only when Hindus are protected ! – Editor, Dainik Sanatan Prabhat)