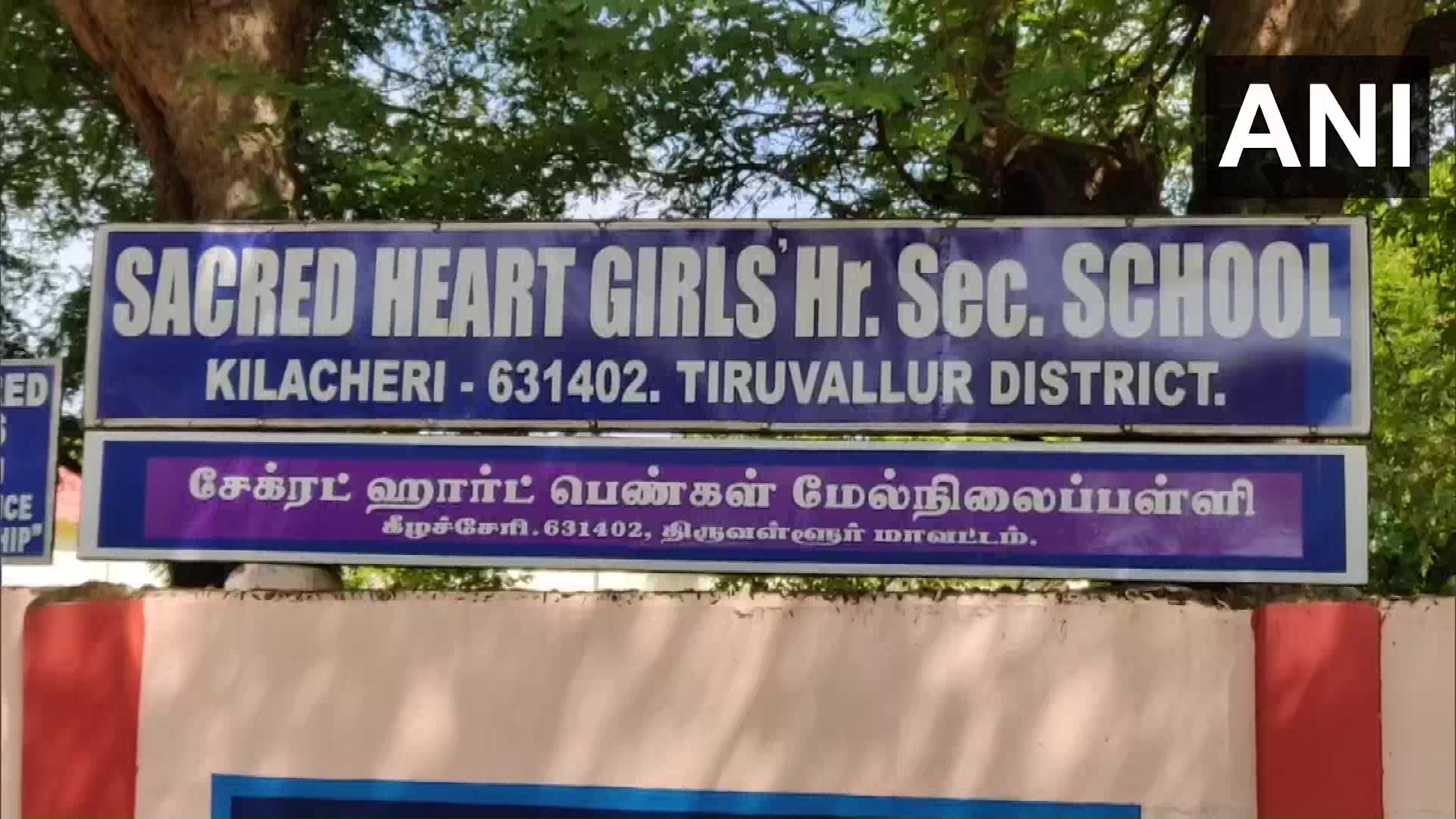 On Monday, July 25, a class 12 student was found dead inside the hostel of Sacred Heart Girls Higher Secondary School, a government-aided missionary institution in Kilachery, Tiruvallur district, 50 km from Chennai. The police suspect it to be a case of suicide.

Tamil Nadu | A class 12 student found dead inside the hostel of a private school in Kilacheri, Tiruvallur district, today. Police personnel deployed at the school premises after the incident.

Parents and relatives of the victim hold a protest demonstration in Thekkalur. pic.twitter.com/g0W8HDlQBd

Sacred Heart Girls Higher Secondary school in Tamil Nadu’s Tiruvullur district is a government-aided school managed by the Madras Mylapore Archdiocese, the same that had stood in support of the protest organised by the Catholic church and Tamil Nadu Bishops’ Council in 2018, against the action being taken against various Christian hospices including the infamous St. Joseph’s Hospice which has been accused of harvesting the bones and organs of the elderly.

Notably, M Lavanya, who had killed herself in January this year, after she was tortured by her school authorities for refusing to convert to Christianity, was a student of standard 12th in Sacred Heart Higher Secondary School, Thirukattupali in Thanjavur, Tamil Nadu.

The deceased, identified as 17-year-old P Sarala, a native of Thekkalur village near Arakkonam district in Tamil Nadu was found hanging in the hostel room of Sacred Hearts Girls Higher Secondary School.

The police have sent the girl’s body to a government hospital in Tiruvallur for postmortem examination. Further investigations are underway.

According to preliminary investigations, the deceased had spoken to her parents and a relative over the phone on Sunday night. She was depressed and getting ready to leave the dorm for school on Monday morning when she ended her life, said the police, adding that no suicide note has been recovered yet.

On receiving the information about the alleged suicide, Deputy Inspector General of Police (DIG) M Sathya Priya and Tiruvallur District SP P Cephas Kalyan from Mappedu rushed to the school and conducted a preliminary probe into the alleged suicide.

A senior police officer said, “It is not clear why she took the extreme decision. The enquiry is on with her classmates and friends and wardens of the hostel.” Her body was recovered in the presence of revenue authorities and sent to the Government General Hospital, Thiruvallur for post-mortem. The case is likely to be transferred to CB-CID for further investigation.

The death of the 17-year-old student has triggered tensions in the area. On Monday, the kins of the deceased along with other villagers blocked a road in Thekkalur, leading to the school. The protest compelled the police to engage additional personnel for security in and around the school and in the village.

As mentioned above, M Lavanya, was a student of standard 12th in Sacred Heart Higher Secondary School, Thirukattupali in Thanjavur, Tamil Nadu. She had killed herself after she was allegedly tortured by her school authorities for refusing to convert to Christianity. Reportedly, the school had said that she must convert to Christianity if she wishes to continue her studies in the school.

Lavanya had been living at the St. Michael’s Girls Hostel near her school for the past five years, and the govt-aided Christian missionary school had been pressuring her to convert to Christianity, as per the girl’s dying declaration. However, Lavanya was adamant about not leaving her religion and refused to get converted. Angered by Lavanya’s resistance, the school administration cancelled her leave application for Pongal Celebrations. Lavanya who was supposed to visit home during her holidays was forced to do chores like cleaning toilets of the school, cooking and washing dishes. It is reported that dejected Lavanya consumed pesticides used in the school garden to end her life.

Principal and 4 others sent to jail, police van and school buses gutted in fire as people outrage over the death of TN student

This latest incident, however, has come on the heels of the tragic death of another Class 12 girl in Tamil Nadu’s Kallakurichi on July 12.

The class 12 student had reportedly died of suicide on the premises of the Kaniyamoor Sakthi matriculation school. A suicide note recovered alleged that two teachers of the school had harassed and tortured her, compelling her to commit suicide.

The family had also alleged that the management had something to do with her suicide. Hordes of protestors had also taken to the streets alleging foul play in the investigation into the case.

On July 19, Kaniyamoor Sakthi matriculation school secretary Shanthi, principal Shiva Sankaran, school correspondent Ravikumar, and two teachers were arrested in connection with the death of a 17-year-old school girl in Kallakurichi, Tamil Nadu. The five arrested school employees have been sent on a 15-day remand.