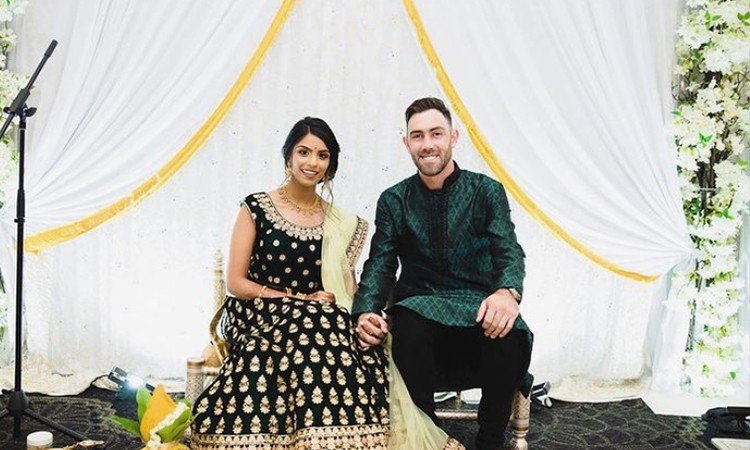 New Delhi: Australian cricketer Glenn Maxwell will soon tie the knot with Vini Raman, a girl of Indian origin. They have printed wedding card in Tamil Style with photo of Shri. Ganesh & Goddess Lakshmi. They will have a Tamil-style traditional wedding ceremony.

GlennMaxwell marrying Vini Raman. Going by the cute traditional Tamil muhurta patrikai, we'd bet there may likely be a TamBram ceremony… Will there be a white gown wedding too?
Congratulations Glenn and Vini ! @Gmaxi_32 pic.twitter.com/uJeSjHM1we

Vini Raman hails from West Mambalam’s Murthy Street, Chennai, but was born and raised in Australia where she studied pharmacy. Vini Raman’s father Venkat Raman and mother Vijayalakshmi Raman had moved to Australia before her birth.

As per several media reports, the wedding of Maxwell and Vinny will most likely be held in traditional Tamil Brahmin style and many Australian cricketers and international guests are expected to attend the ceremony.

“The Tambrahm (Tamil Brahmin) style invitation made by her parents is a mark of respect and tribute to the Tamil/Vaishnavite culture they are deeply rooted to. And yes, they do plan to hold a Hindu ritualistic wedding celebration for both,” Nandhini Sathyamurthy, reportedly a close relative of the Ramans, took to Twitter to share details, DeccanHerald reported.

Talking about Glenn Maxwell’s career, has been in excellent form in T20 Cricket with his explosive batting as well as handy spin bowling.