On Saturday, the Andhra Pradesh police registered a case against three pastors for posting photographs of children from families in a village on social media platforms to collect funds by claiming that they were orphans. One pastor has been arrested while the rest two are on the run. 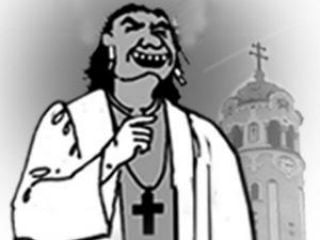 According to the reports, the villagers of Thukkulur in Krishna district unearthed the racket on Friday during the visit of three pastors. The three pastors had visited the village to distribute fruits to children on Friday.

The incident came to light when the villagers noticed pastors taking photographs of some of their children after giving them fruits. After that, the three pastors had posted those photographs on their Facebook accounts. They had captioned the pictures with the name of an NGO while claiming that they were providing food and education to more than 50 orphans. The captions on the photographs mentioned the name and age of the children, and they claimed someone from their family, like the mother’s father, has died and the child is in a miserable condition now. The captions further claimed that the children are staying in their charity, and sought donations for the same.

One of the villagers accidentally noticed one such Facebook post and informed the villagers. As villagers realised that it was all a setup to lure people into donating more money to them, the villagers confronted the pastors. Fearing consequences, two of the three pastors managed to flee from the village, Boddu Srinivas Rao, who runs Mother Teresa Children Seva Trust, was caught and thrashed by angry villagers. The villagers later handed over the pastor to the police.

During the interrogation, the accused revealed that the other two pastors from Hyderabad started the organisation a few months ago and collected funds by putting out fake images on social media. Some of the fake images include pictures of kids with wealthy backgrounds being depicted as “mentally unsound” to attract donors and philanthropists.

The accused would then lure the donors into donating money through bank account details or UPI. According to the police, the three pastors may have been duped innocent people to the tune of several lakhs. The cops said that a cheating case has been booked against three pastors, and they have formed two teams to search for the other two accused.