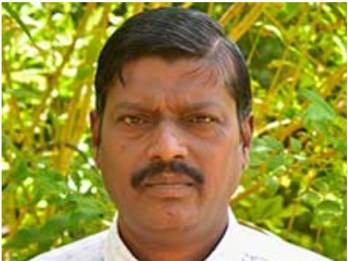 According to the reports, the Trichy police arrested the controversial Tamil Professor from Bishop Heber College after several women had accused Paul Chadramohan of sexually assaulting them in the past.

A few days earlier, five female students of Bishop Heber College in Tiruchirappalli had filed a complaint of sexual misconduct against Paul Chandramohan, the head of the Tamil department.

The Bishop Heber College, Trichy, is established and managed by the Tiruchirappalli – Thanjavur Diocese of the Church of South India.

In their five-page complaint lodged with the college’s principal, the five post-graduate students had said Paul Chandramohan sexually harassed them regularly by sitting in close proximity and cracking sexual jokes.

The victim students also alleged that Paul Chandramohan engaged in various forms of sexual harassment, such as rubbing his legs against them. He even went on to say that he would ‘teach’ them about the kind of experience that lovers would have in an intimate setting in parks and such, the letter said.

The students also alleged that Paul Chandramohan would force them to visit his private chamber inside the college premises.

According to the aggrieved students, Nalini, an assistant professor in the Tamil department, often forced them to wash their faces and apply makeup before visiting the head of the department in his chamber. In the letter, the students said that the sexual misconduct has forced them to discontinue from the institution.

Following the sexual harassment complaint, the college has constituted a committee headed by lawyer Jayanthirani. As a result, the college authorities have suspended Paul Chandramohan. The police have also started an investigation into the allegations.

Paul Chandramohan, who holds a PhD in Tamil Christian Literature, has served in the college for over 20 years.