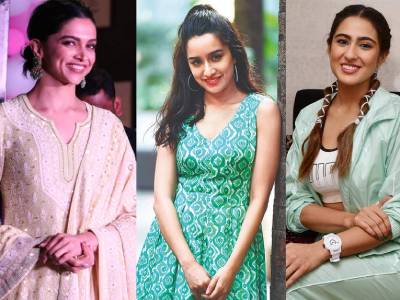 Bollywood actress Deepika Padukone, Sara Ali Khan along with three other actresses have been summoned by the Narcotics Control Bureau (NCB). Rakul Preet Singh, Simone Khambata and Shraddha Kapoor are the other three names. The names have come up after investigation of Rhea Chakraborty’s chats. Deepika will be questioned on 25th September by the NCB.

Deepika’s name had emerged in the drug abuse probe earlier this week after her WhatsApp conversations went viral. WhatsApp conversations have reportedly gone viral where the actress is allegedly asking for hash (or hashish, drug made from cannabis plant) from a certain person named ‘K’, who many believe is her manager, Karishma Prakash.

As per reports, a conversation on 28th October 2017 went something like this:

The Enforcement Directorate while investigating money laundering charges in the Sushant Singh Rajput case uncovered these chats and sent them to the NCB. At least 20 people including Rhea Chakraborty, Sushant Singh Rajput’s girlfriend, and her brother Showik, have been arrested over investigation in the drug abuse probe.