Bollywood entertainers come together in support of JNU students

Bollywood superstar Deepika Padukone was today seen in JNU in Delhi participating in a protest against the Sunday violence in the university. She joined the protests to show solidarity with students and teachers of Jawaharlal Nehru University who were attacked by masked hooligans on January 5, reports OpIndia.

Deepika Padukone joined the protests by left-wing students who claim to have been attacked by ABVP, while a large number of ABVP students also attacked by left wing groups who were preventing students from registering for the winter semester. The actress was seen standing behind JNU Students’ Union president Aishe Ghosh, who has been booked by police for leading a mob that had vandalised the server room of JNU. 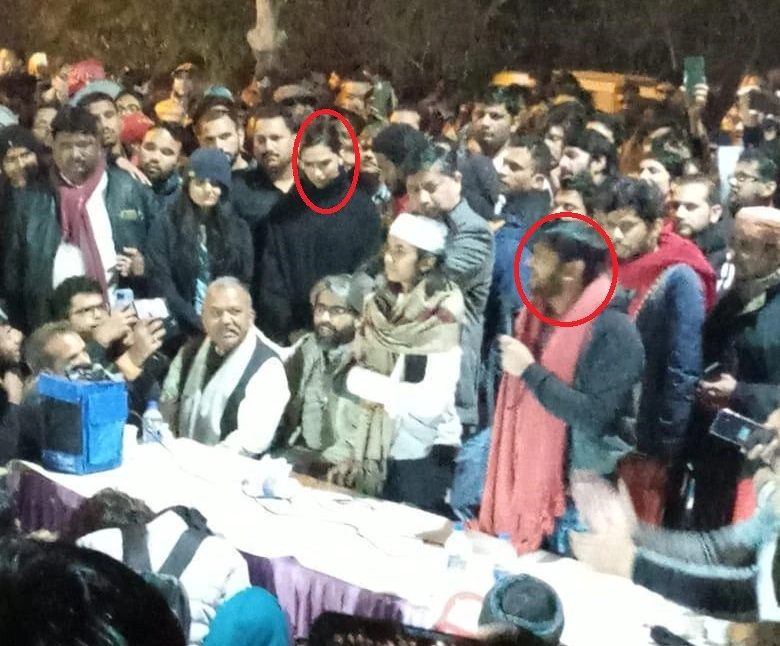 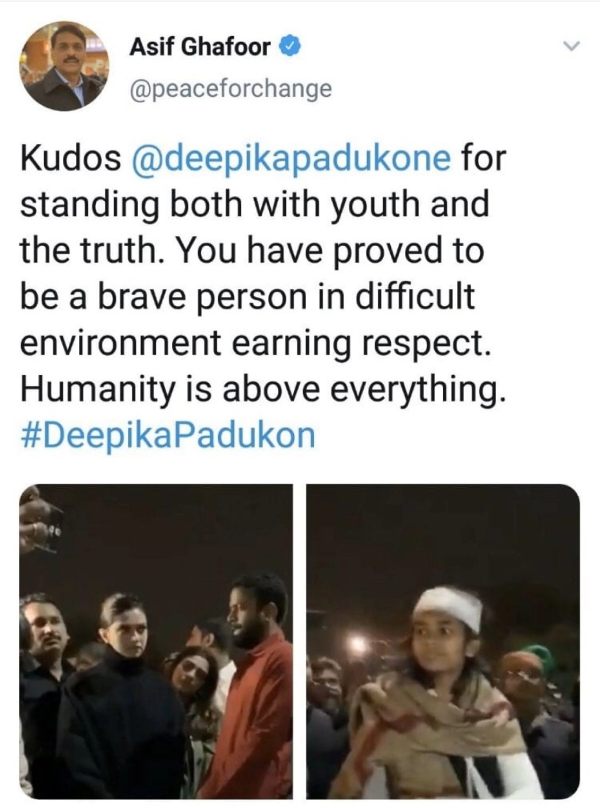 Peaceful Silent Assembly in support of the students of India tonight the 6th of January 2020, from 8pm to 10pm, Carter Road Promenade opposite cafe coffee day. #forthestudents

Today at 8pm Carter Road, Bandra.
Coz with great power comes greater responsibility and I don’t want to shy away from it. #JNU you have our love and support.

India,where cows seem to receive more protection than students, is also a country that now refuses to be cowed down. You can’t oppress people with violence-there will be more protests,more strikes,more people on the street. This headline says it all. pic.twitter.com/yIiTYUjxKR

A case has been filed against 19 persons including Ayashi Ghosh, the President of Students’ Union for involvement in violence of 5th January in the premises of Jawaharlal Nehru University (JNU), Delhi. Demonstrations were staged at night on 6th January even at Gateway of India in Mumbai. Few demonstrators carried banners of ‘Free Kashmir’; but on morning of 7th January, they were shifted to Azad Maidan and after sometime, they dispersed. At few other places, demonstrating students were taken into custody and released after some time. The communists, secularists, pro(re)gressive factions have however, started hysterics since then. Many debates have been held on the issue. External Affairs Minister S. Jaishankar said, “No Tukde Tukde gang existed at JNU when I was studying there.” His statement should be taken seriously by everyone. Jaishankar studied MA in political science, then M. Phil in international relations so also PhD at the same university.

This University has become controversial due to anti-Hindu incidents happening there every few days. If we take the trouble of looking into its history, facts would be known.

In a meeting was convened by JNU Teachers’ Association to discuss increase in cost by the Government when the said attack took place. Even earlier, demonstrations were staged against increase in cost. A room in the University premises costs only Rs. 10/-. Schools from rural areas also charge more but there is opposition to increase in cost to Rs.300/- at JNU, ‘tweeted’ one citizen. On one hand, demanding freedom for Kashmir and on the other hand, opposing increase in rate; what kind of principle do they have? It shows communists’ mentality. It may be noted that progressive factions and Bollywood actors supporting students of anti-national mentality, don’t say a word on such issue. It is quite ridiculous that actors, who are charging millions of rupees for one film and so-called thinkers charging money for attending any program, are standing in support of students who are opposing to increase in charges at JNU.

Youths idolizing Bollywood – One fears for the future of India !

The Bollywood producers and stars invest a lot of time, energy and most importantly money into each movie and would like to recoup their investment. It should come as no surprise to our readers that under such circumstances, they will go to any lengths to ‘endear’ themselves to their audience. Here, their audience is the youth of India, which sadly enough has been misguided by the leftists and the western idealists to view anything and everything nationalist as an affront to their personal freedom. So these Bollywood stars will definitely milk situations like the JNU issue to stay ‘relevant’ and show their ‘support’ to the ‘popular cause’, just to keep the box office ringing, after who does not like a star who stands by you (even if it is only when their movie is up for a release).

The whole sordid episode also raises several other questions. Yes, universities are centres of learning and need to be safe places where critical thinking should be nurtured. But will true critical thinking ever flourish when you have leftists who are intolerant towards every view except theirs have a stranglehold over the entire system? While chanting azadi, they also actively (and in this case violently) stifle any opposition. One fears for the future of India, when such students join the society as engineers, doctors, civil servants and worse, as teachers.

Netizens are tweeting against the Bollywood for its support to JNU

This shows the real face of Bollywood
They have no feelings for country
They are curious only about their carrier and business of their movie
#boycottchhapaak#shameonbollywood #ShameOnDeepika pic.twitter.com/Ua6VyxuZbq

Country is important for me not actress who stands with anti nationalists..@deepikapadukone you have not lost your fans only .. You have lost the all the respect today..#boycottbollywood #BoycottChhapaak pic.twitter.com/K1Sxy9AkLK

When these JNU goons raised anti National slogans
When they vandalised Vivekananda's statue.
When they abused Indian Army ?

Did you see any Bollywood people condemning the same?

You are standing with people trying to divide our country #boycottbollywood