Raigad : Hindu Janajagruti Samiti (HJS), pro-Hindu organizations and patriotic citizens submitted representations to local administration at various places in the district, demanding prevention of insult of national flags on the occasion of Independence Day taking place through sale of plastic national flags and stringent action against sellers of such flags.

Similar representation was also submitted to Police Inspector (PI) Vijay Tayade of Crime Branch, Panvel who said that articles should be published for creating awareness amongst people towards abuse of national flags through plastic flags. People should stop buying plastic flags rather than taking action against sellers of such flags because it would automatically control sale.

Police Inspector and Nayab Tehasildar were handed over representation by H.B.P Bapu Raokar of ‘Rashtriya Warkari Sena’ and local patriotic citizens of Nagothane.

Mumbai : Representations were submitted to local administrations, police and colleges demanding prevention of abuse of national flags taking place in the background of Independence Day, through national flags made of paper and plastic so also through clothes, cakes made in tri-colours and through other means. Sale-purchase of paper and plastic national flags should be stopped. Patriotic citizens and activists of RSS, VHP, Shiv Sena along with HJS joined the drive. Meetings were held, hand-bills distributed, personal contacts, representations, social media etc were used for undertaking the drive on large scale.

1. Senior PI Sujata Shijole of Kherwadi police station had in detail discussions with HJS activists to know about activities undertaken by HJS. She quite appreciated such activities. She also said that while carrying on her duty, if help was required for creating awareness amongst people, she would seek help of HJS activists.

2. Dr. N. N. Pande, Principal of Prahladrao Dalmia College asked to hold exhibition of flex-boards on life-history of revolutionaries, in his college.

3. Dr. Jayant Apate, Principal of Ghanashyamdas Saraf College asked for holding self-defence work-shop for girl-students and said awareness would be created amongst students towards national flags.

Dy. PI Pramod Mehendale saw CD of HJS on its various activities and tried to know about chanting of ‘Kul-devata’s and ‘Datta’s name. He also wrote down the chants. He said meeting people like HJS activists, make one’s intellect ‘sattvik’ and mind peaceful. He also liked the drive undertaken by HJS regarding national flag and promised to help if required.

Representation submitted to police and college management at Pachora

Nanded : Representation for prevention of abuse of national flags and for creating awareness amongst students towards national emblems was submitted at primary and secondary Education Officers’ offices where Shri. Shirsath, DyEO-primary section and Shri. Kasareddy, Dept-officer- secondary section accepted the representations.

Pune – Efforts made for generating patriotism through various media

Pune : National Days should not be celebrated just for a day but patriotism should always be invoked in mind, due honour should be paid to national emblems and their denigration taking place, knowingly or unknowingly, should be prevented was the purpose of drive extensively undertaken by Hindu Janajagruti Samiti (HJS) in the district under which representations were submitted to police and local administrations, awareness was created amongst students through lectures held in schools; exhibitions on life-history of revolutionaries were held, awareness was also created through social media, posters were displayed etc. Given below is its pictorial report

Interview of HJS on BR news channel, Solapur on the occasion of Independence Day 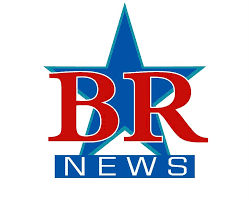 Solapur : Shri. Jaipal Khedkar, program-host of BR news channel interviewed Shri. Dattatreya Pise and Kum. Varsha Jevale of HJS. Detailed discussions were held on importance of national flags, meaning of every colour used in this flag, care required to be taken while handling the flags and duty of every citizen to maintain honour of national flags etc.

Independence Day is celebrated all over India; but residents of Solapur will learn the ideal way of celebration, importance of national flag and prevention of its abuse.