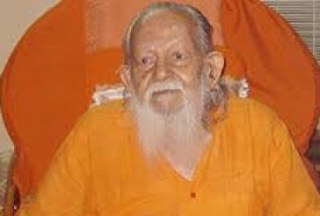 New Delhi – Late Mahant Avaidyanath, a former BJP MP who had played a leading role in the movement for Ram temple in Ayodhya, will get a postal stamp issued in his memory soon.

A stamp is being released to mark the first death anniversary of Avaidyanath, who was also father and guru of sitting BJP MP from Gorakhpur Yogi Adityanath. He died last year in September at the age of 95.

Avaidyanath was elected to the Lok Sabha from Gorakhpur for four times. He was the chief priest of Gorakhnath Temple.

According to an official in the Communications Ministry, the stamp will be released this week.

A new stamp on Dr B R Ambedkar to commemorate his 125th birth anniversary will also be released, the official said.

A controversy had erupted earlier this month after the government decided to discontinue the stamps of Indira Gandhi and Rajiv Gandhi.

Defending the government’s move, Communications and IT Minister Ravi Shankar Prasad had said the decision was taken on the advice of the Philately Advisory Committee (PAC) and that earlier “the focus was on one family”.