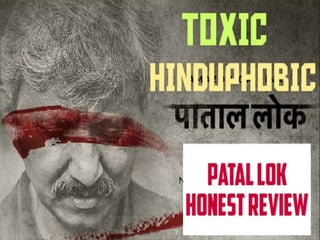 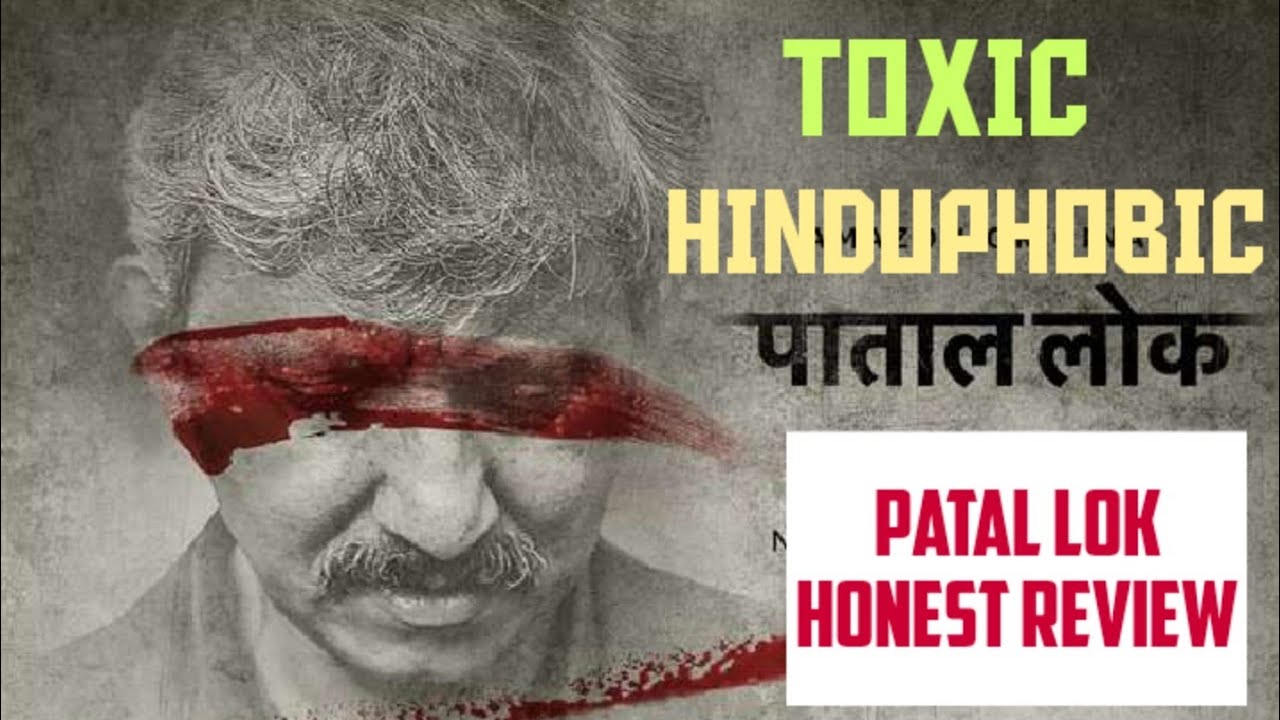 Bollywood actor Anushka Sharma’s produced web series Paatal Lok recently premiered on Amazon Prime. This series is under the scanner for allegedly promoting Hinduphobic ideology. Netizens have slammed Anushka Sharma and the series for showing anti-Hindu culture and glorifying beef-eating in few scenes. People called out the narrative of the show and trended #BanPaatalLok #PaatalLok on Twitter.

Few instances from the ‘Paatal Lok’ are just the highlights how one can instantly mock Hindu religious beliefs & getaway. On the contrary, how Muslims of the country go through their daily grapple & still keep a healthy and welcoming mindset.#BoycottPaatalLok#CensorWebSeries

We also urge Hon. @PrakashJavdekar ji to institute a regulatory authority for Online Streaming Platforms (akin to the @CBFC_India) which will be entrusted with certifying all content that will be pushed through over-the-top media services (OTT platforms)#CensorWebSeries

One Twitter user wrote, “Making of such Hindu hating series should not be further entertained. Let’s make a trend to #banpaatallok..Hindus are brainwashed n are going against thr own ppl. Let’s tweet with a tag to ban. Is there away to complain ,as it is hurting Hindu sentiments?”

Another tweeted, “o basically #patalok is a well-staged anti-hindu,anti-brahmin,anti-RW drama. Which doesn’t look like a propaganda to you but is a very strong one. From web series like Leila to Patal Lok,there’s a constant effort to make people hinduphobic.”

The ‘Paatal Lok web series’ centers on how an inspector is assigned a charge to solve a murder conspiracy and his struggle to reveal the truth before the nation. There are many instances where one couldn’t help but look at the exemplary efforts made by the creative team to debunk the Hindu community.

In the entire series, most of the characters have showcased grey shades to their personalities except one Muslim policeman who’s an IAS aspirant and is consistently remarked for his religious beliefs. He has also been shown as a silent witness and a victim of the religious biases made by his seniors and colleagues.

Muslim man attacked down by a Hindu mob 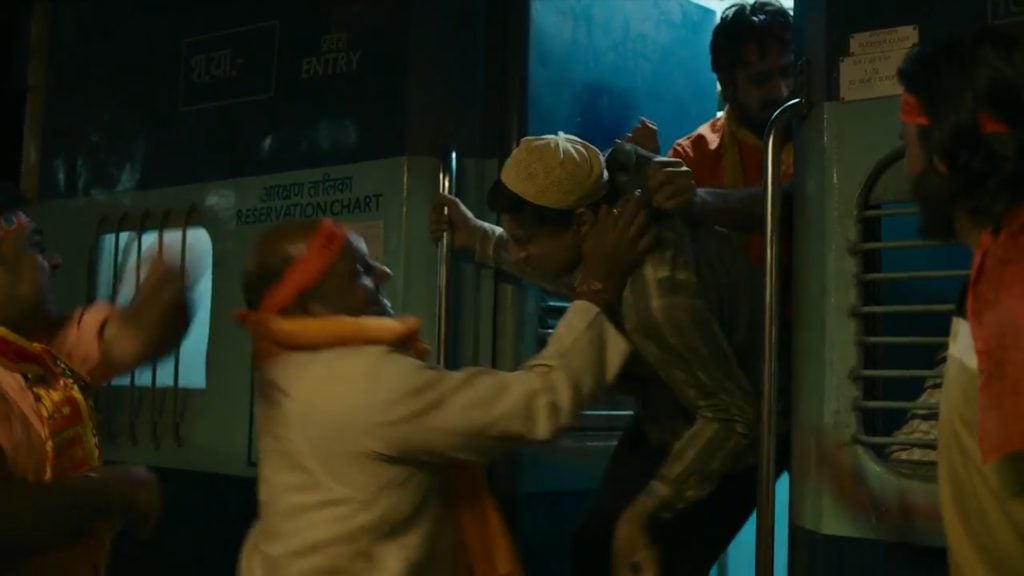 A train incident, where a Muslim man is stabbed down by a Hindu mob because of mere suspicion of him consuming beef. A man has been shown very lowly and sheepish but guess who’s proved intolerant, a Hindu fellow co-passenger who’s uncomfortable with the aroma of beef being self-served.

One of the accused fearful of accepting his religious identity

A young Muslim lad, being one of the accused, is exceptionally fearful of accepting his religious identity and doesn’t open about undergoing circumcision. However, he keeps a medical certificate to dodge any questions relating to his belonging to a particular community. 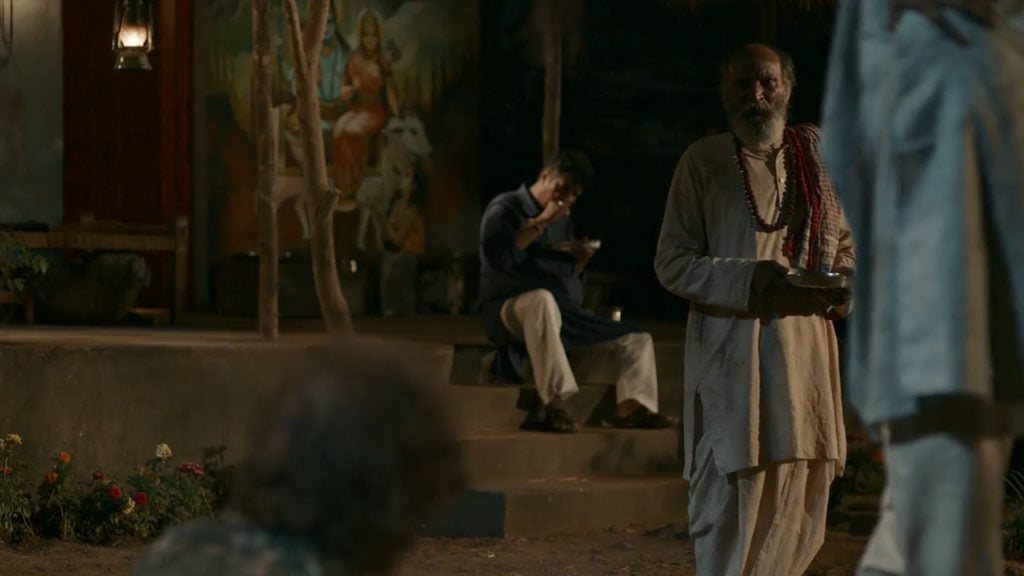 Lastly, a few sadhus have been shown consuming meat and how the Dalits are still considered to be despicable and slashed, how a Hindu leader is two-faced, and doesn’t promote equality through his cognitive actions.

These few instances from the ‘Paatal Lok web series’ are just the highlights of how one can instantly mock Hindu religious beliefs and getaway. On the contrary, how Muslims of the country go through their daily grapple and still keep a healthy and welcoming mindset.

So @AnushkaSharma #PatalLokReview #patalok is nothing but one addon to propagandist series.
When you sick people of b'wood are going to stop this shit???

▪️M are being harrassed or discriminated at work places, as Hindu employees are racists.
▪️How CBI proved a M guy a Terrorist.
▪️Hindus lynched a M guy for just opening his lunch box in train.
▪️There is conspiracy going on against left jurnos in country.
▪️Hinduphobic #patalok pic.twitter.com/s6Heb1kYqc

One more scene to insult Hindus in #PaatalLok
Hindu Maharaj cooked meat & Hindu Politician eating it in front Goddess sitting on Cow.@AnushkaSharma are you in ur effin senses? What a bl##dy lie. You mean Hindus insult their scared Gods? What exactly you mean? #BoycottPaatalLok pic.twitter.com/p8PlqzcsuX