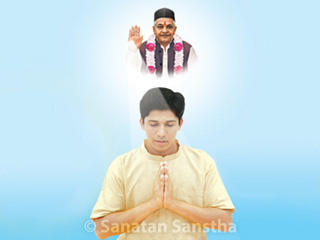 Every seeker in the primary stage has read that, in Spirituality, the ultimate means of salvation is a Guru, whereas a seeker in the advanced stage actually experiences it. Most seekers are unaware of what they should do to acquire a Guru. As a result, not only the present, but several future births are wasted. To be accepted as a disciple by a Guru, one needs to gain the grace of a Saint. However, for bestowal of the Guru’s continuous grace, one has to constantly earn His blessings. An easy solution to this is to do what Saints and Gurus expect, and that is, practice of Spirituality. This article explains various causes of spiritual deterioration of a disciple. 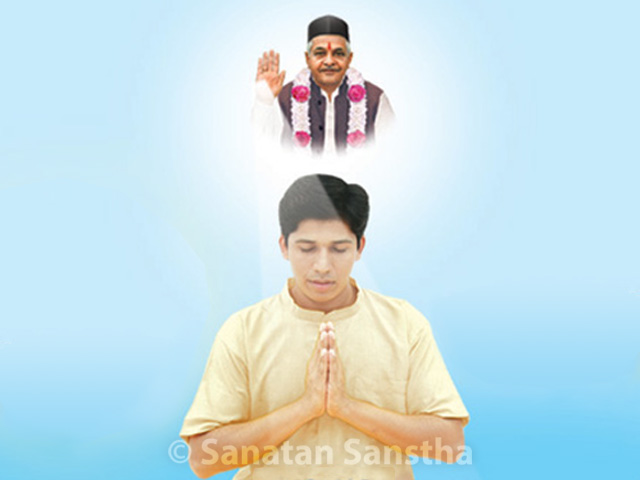 By not chanting the Gurumantra imparted by the Guru, both, that mantra and the Guru are offended.

2. Joking about the Guru

Just as one does not joke about one’s parents, one should not do so about the Guru.

3. Misuse of the Guru’s name

4. Criticising and detesting the Guru

How will he, who enthusiastically speaks of the attributes and defects of his Guru, acquire knowledge,and when will he become steady ? 16:28 – Shri Gurucharitra

The one who hates the Guru has no place either in this world or the next,
How will he, who is unable to perceive light, acquire true knowledge ? 16:30 – Shri Gurucharitra

Realising that the Guru principle is one, one should not criticise even one’s previous Guru.

5. Rejection by the Guru

The mantra given by a Guru upon initiation