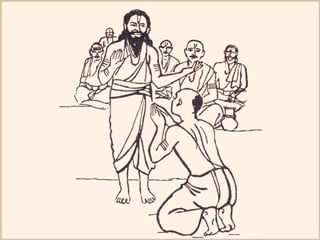 Every seeker in the primary stage has read that in Spirituality the ultimate means of salvation is a Guru, whereas a seeker in the advanced stage actually experiences it. Most seekers are unaware of what they should do to acquire a Guru. As a result, not only the present, but several future births are wasted. To be accepted as a disciple by a Guru, one needs to gain the grace of a Saint. However, for bestowal of the Guru’s continuous grace, one has to constantly earn His blessings. An easy solution to this is to do what Saints and Gurus expect, and that is, practice of Spirituality. This article provides practical information on how a disciple should behave with his gurubrethren (guru-brothers / Guru bandhu). 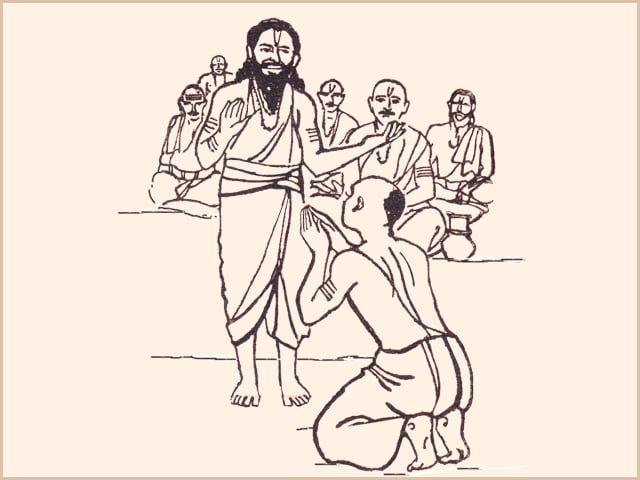 The disciple should especially remember the point that one should maintain a loving relationship with gurubrethren (guru-brothers / Guru bandhu). Jealousy or hatred for gurubrethren wastes one’s energy. Besides, the chittavrutti starts getting engrossed in these matters. Even when one sits down to do spiritual practice, the same thoughts cross one’s mind repeatedly. Hence, it is very essential to ignore others’ defects. In worldly life too one should be tolerant. Instead of letting the mind wander, it should be kept engrossed in the mantra imparted by the Guru. The greater the feeling of love for others, the greater will be the bestowal of the Guru’s grace. At the time of initiation too, the Guru wishes for the disciple’s well-being. If a particular seeker happens to harbour a feeling of hatred towards his gurubrethren, then since this feeling is contrary to that expressed by the Guru, it will definitely hamper the growth of the Guru’s energy in that seeker. Hence, it is absolutely essential to foster the feeling of mutual love among gurubrethren.

2. One should not criticize one’s gurubrethren ( Guru bandhu )

A. Three devotees were not singing bhajans (Devotional songs) during His Holiness Bhaktaraj Maharaj’s (Baba) bhajan programme. Two of them were seated with their eyes closed, while the third was with his eyes open. Later, one of the gurubrethren ( Guru bandhu ) said to the other, “Everyone was singing bhajans. Only these three were not.” He implied that they were conceited, etc. Later, in their presence, Baba said, “During bhajans the two with their eyes closed had gone into meditation, while the third was experiencing Bliss.” Indeed, the third devotee was really experiencing Bliss at that time. But instead of humming the bhajan in his mind as usual, he was chanting, (as, Baba has preached through several bhajans that ‘one should chant God’s Name’) and was simultaneously experiencing happiness from the bhajans. Most of the other devotees were merely singing bhajans and not chanting.

B. When sitting for chanting at a specific time, it was the responsibility of the one reading the holy verses to keep the others awake. Taking undue advantage of this, to make people believe that when Baba (Amburaya) sits for chanting with His face covered with a blanket He is actually asleep, the reader of the holy verses began proclaiming Baba’s name aloud. Baba responded to his call once or twice. Later, when Baba realised that the reader was doing it deliberately, He stopped responding. This encouraged the reader to call out Baba’s name even louder. When another Saint who was also seated there, saw this, He sent a message to the reader “Amburaya does not sleep. He is engrossed in chanting. Do not disturb Him by calling out to Him again and again”.

One should responsibly carry out monetary transactions with gurubrethren ( Guru Bandhu ) using one’s intellect. Otherwise there is a chance of being cheated by so-called gurubrethren as follows :

To avoid such cheating, one should take the following precautions.

4. The Guru and other gurubrethren ( Guru Bandhu )

If the Guru is enraged with a disciple, then realising that there must be some motive behind it, one should observe that with the stance of a spectator.

attitudes of the subconscious mind