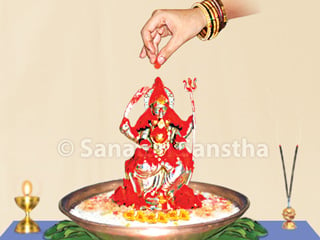 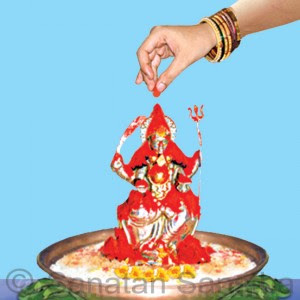 Vermillion is made from turmeric powder. It is used for religious markings in Hinduism and is regarded as an auspicious symbol.

How to worship the Goddess using vermillion (kumkumarchan) ?

One should do this worship by constantly chanting the Goddess name and simultaneously offering a pinch of kumkum (vermillion) starting from her feet and going up towards the head. In some regions, during the ritual of kumkumarchan the kumkum is offered only at Her feet.

The science behind worshiping the Goddess using vermillion (kumkumarchan)

The fundamental active Shaktitattva has been created from red light. Kumkum symbolises Shaktitattva and hence, puja of the Goddess is performed with kumkum. Waves of Shaktitattva from the universe are attracted to the fragrant waves emitting from kumkum within a short period. Hence, to awaken the saguntattva in the Idol of the Goddess, kumkum that is red in colour and also represents fragrant waves that please the Goddess Principle, the upachar of offering kumkum is given fi rst priority. The fragrance of the fundamental seed of the Shaktitattva resembles that emitted by kumkum; hence, the potent medium of kumkum is used for invoking the Goddess.’ 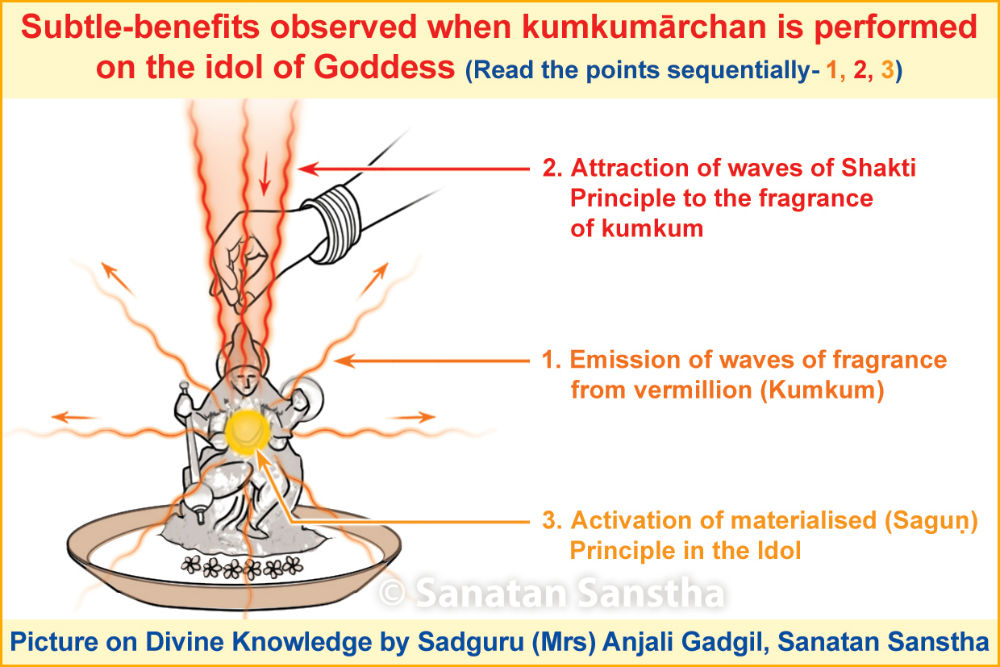