1. Decrease in the pace of breathing 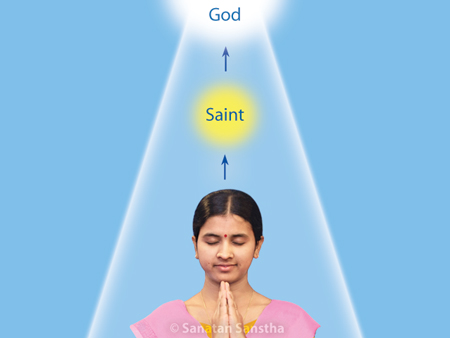 The pace of breathing decreases as ego gets transformed from tamasik ego to rajasik, and eventually to sattvik ego. When the breathing is approximately four to five times per minute, only awareness of pure ego remains.

Question : According to today’s science, at an average we breathe 14 to 20 times a minute. How is it possible then, to breath just 4 to 5 times a minute? Who is incorrect ?

Answer : The inference drawn by science is based on observations made on individuals whose ego is of an average level, that is, 30%. Hence, they were breathing 14 to 20 times a minute. When ego is low, all activities of the mind and intellect reduce. As a result, the energy spent by them is correspondingly less. Naturally, the necessity to breathe is also less. To keep the body functioning, energy is required; preservation of the body too requires some ego. The need for breaths and their pace changes in proportion to the ego. American scientists conducted experiments on H.H. Dadi Prakashmaniji of Brahmakumari University. They discovered that Dadiji was in a ‘no-mind’ state.

When an individual feels that ‘I am the gross body’, he feels that everything else is gross. In contrast, when one gets the spiritual experience that ‘I am the soul enriched with Chaitanya’, then one experiences Chaitanya everywhere. In other words, without destroying ego, other grossness cannot be destroyed.

When pure ego becomes expansive, it is called Priti. (When Priti gets restricted, that is, it acquires a form, then it is called ego)

Ego is relative; hence, when the aspect with which ego is associated ceases to exist, ego too vanishes. The opposite is also true. When ego dissolves, nothing else remains; that is, we get spiritual experience of advait.

5. The feeling after complete destruction of ego

Whatever has been accomplished, has been done by You (God), I Have done nothing. Should I ever say I have done something, in that ‘I’, You alone were present. – Saint Kabir