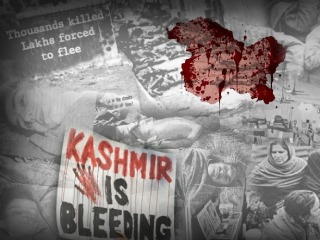 What took place in Kashmir on 19th January 1990 night has been labelled as a time of complete terror and hostility, which was not seen before anywhere. An entire population slept or kept its eyes and ears shut even as fanatics rained hell on the Valley streets and roads, threatening to kill and rape the ‘kafirs’ (Kashmiri Pandits) if they did not leave Kashmir. Almost a thousand Kashmiri Pandit men, women and children were slaughtered to death in 1990 alone by these jihadis of Islam. An absent government, collapsed administration, and a petrified community saw despondency set in. More than three lakh and fifty thousand of Kashmiri Pandits across the valley decided to take an agonizing decision, to flee their homeland and save their lives and religion from rabid Jihadis……Thus took place a 20th century Exodus.

Kashmir Genocide : Jihadis conducted a brutal genocide of Hindus in Kashmir, which is a part of the so-called secular Bharat (India). Our political parties playing politics in the name of ‘minority’ rights have chosen to turn a blind eye to the horrible atrocities being committed on minority Hindus! Our 24/7 media has also chosen to sweep this issue under the carpet.

The HJS is organizing live exhibitions of this Hindu genocide in various states in order to acquaint the general public with the true story of Hindus who have fallen prey to Pak-sponsored terrorism. The pictures displayed in these exhibition have been made available by ‘Panun Kashmir’, an association of Kashmiri Pandits and ‘FACT‘ (The Foundation Against Continuing Terrorism).

An Appeal by Hindu Janajagruti Samiti

Moved by The Kashmir Files? Horrified at how the secular media has suppressed the Hindu genocide for 3 decades? Would you like to create awareness about this and the ongoing genocide of Hindus in Bangladesh? Join hands with the Hindu Janajagruti Samiti to put up a F.A.C.T. (Foundation Against Continuing Terrorism) exhibition in your area. Help us obtain a venue and reach out to the millions of people who are unaware of the atrocities Hindus face at the hands of the fanatics. HJS will supply the posters free of charge. Do your bit for Dharma ! Contact us –  [email protected]

What can you do?

A nation-wide drive called ‘Ek Bharat Abhiyan – Kashmir ki Oar’ raise voice against the eighth displacement of Kashmiri Hindus and ‘Islamization’ of India started with the initiative of 160 pro-Hindu and patriotic organizations from all over the country; along with ‘Panun Kashmir’ for rehabilitation of Kashmiri Hindus. Under this drive, 80 rallies will be organized in India for creating awareness amongst Hindus. Read More 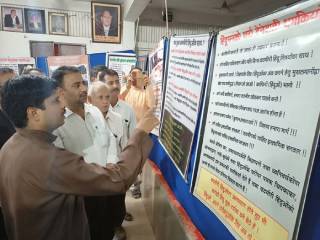 The exhibition, which exposes the grave situation of genocide viz. ‘FACT’, was held in the hall of ‘The Banaras Bar Association (BBA)’ and it was inaugurated by BBA’s ‘Mahamantri’ advocate Ratneshwar Kumar Pande. Read more » 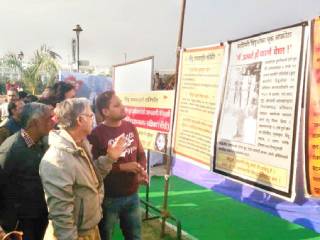 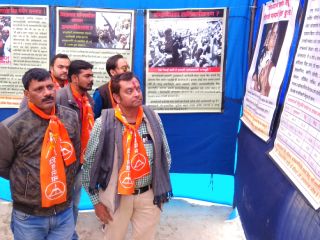 HJS has held photo-exhibition ‘FACT’ showing grave truth about atrocities against Hindus from Kashmir and Bangladesh. 6000 people from India and abroad visited exhibition so far and many of them show interest in joining HJS activities. Read more » 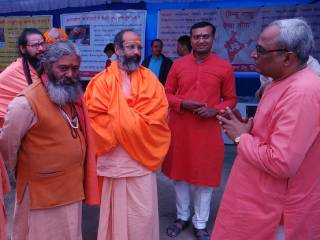 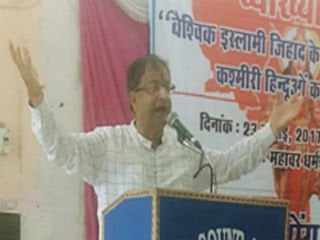