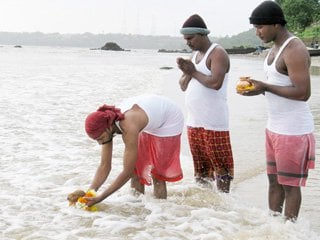 On the day of Shravan Pournima (the full moon day of the lunar month of Shravan) people residing in coastal regions worship the sea, as a form of the rain Deity Varun, and make an offering of coconuts. Offering coconuts on this day is both auspicious as well as symbolic of the energy of Creation. Due to the worship deity Varun is appeased and one does not have to face dangers of the sea. This festival is celebrated along the entire coastline of Bharat with great pomp and splendor.

Subtle effect of offering coconut to the sea 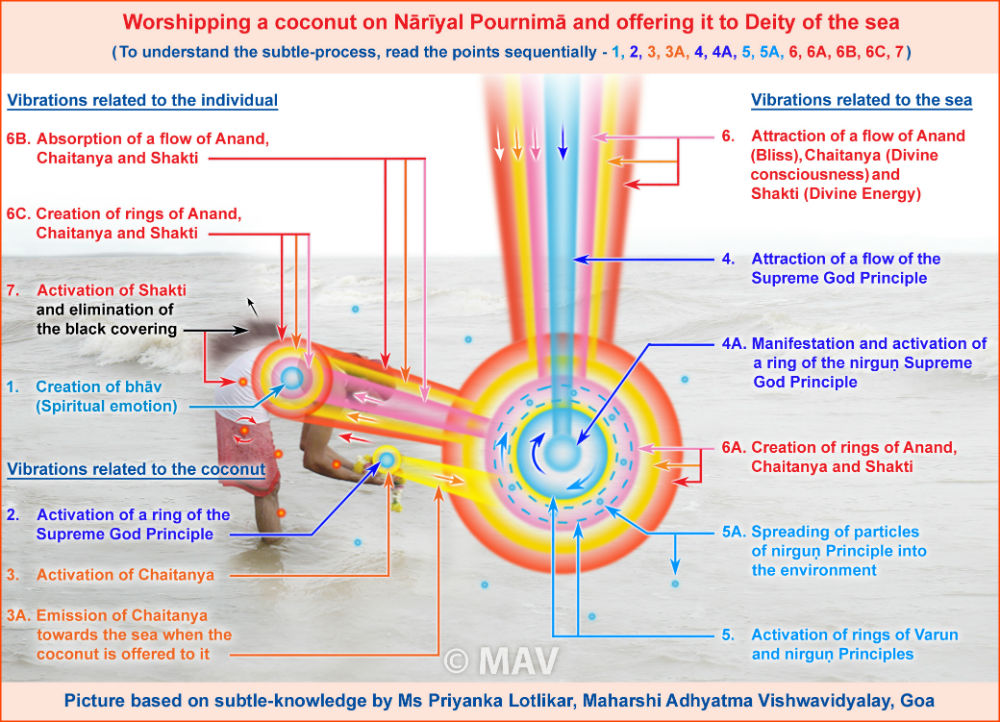