India festered with Bangla Deshi infiltrators ! There is need for establishment of Hindu Rashtra ruled by patriots for bringing about change in this situation !

Mumbai : One of the serious problems haunting the country is infiltration by Bangla Deshi Muslims ! As per a survey report on this issue, 6000 Bangla Deshis enter India in illegal manner every day. Illegal entry is not only breach of Passport Act; but such infiltration is also posing grave danger before the country. Advocate Shri. Sanjeev Punalekar, national Secretary of ‘Hindu Vidhidnya Parishad’ has therefore, sent a letter demanding Modi Government to take a tough stand. (Congratulations to Hindu Vidhidnya Parishad for waking up Central Government towards this problem striking the country ! How many advocates are concerned, in this manner, towards security of our country ? – Editor, Dainik Sanatan Prabhat)

Adverse effects of Bangla Deshi infiltration mentioned in the letter…..

1. It creates additional burden on the Indian economy.

2. Indian citizens remain without work as Bangla Deshis are given jobs.

3. When such Bangla Deshi couple gives birth to a child in India, dilemma arises regarding the child’s citizenship.

4. If it is presumed that out of 6000 Bangla Deshis coming to India every day, 100 are terrorists; it means there must be 6 lakh terrorists in India. 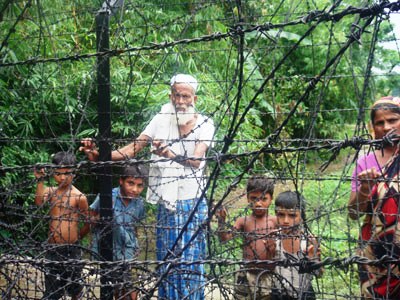 5. Time spent by police in nabbing these infiltrators is harmful from viewpoint of nation’s security.

6. All expenses incurred on arresting Bangla Deshi Muslim infiltrators, their judicial custody etc. is a burden on Indian economy.

7. Some of the infiltrators are granted bail; then, such Bangla Deshi infiltrators are never found again. They go to another State and money spent on them, besides time spent by police and courts, also goes waste.

8. Case filed against Bangla Deshi infiltrators detained in jail, goes on for at least 6 months which means on an average Rs. 25,000 to Rs. 30,000 are spent on a single infiltrator till decision in the case is taken. If he is punished with one year imprisonment, additional Rs. 30,000/- are spent on him. After completing the jail term, he has to be sent back to Bangla Desh which involves more expenses.

9. Infiltrators sent back to Bangla Desh return to India and the vicious circle goes on.

Demands made in the letter

1. India- Bangla Desh border should be sealed with proper fencing.

2. Orders should be given to shoot-at-sight to the infiltrators on borders.

3. Independent squad should be formed at Central level and within one year, all Bangla Deshi infiltrators should be driven away.

4. Laws related to infiltrators should be amended to make them more stringent.

5. System of granting bail to Bangla Deshi infiltrators should be immediately stopped.

6. Cases fought against Bangla Deshi infiltrators should be disposed of within 10 days.

7. If more time is taken, the concerned advocate of accused, government pleader, investigating officers should be made to pay fine on per-day basis.

8. If accused is proved guilty, law should be passed to hand him over to Border Security Force.

9. There should be information centre at central level for compiling information on infiltrators. As per these records, whoever is found involved in infiltration for second time, should be given a death sentence.

10. If separate burial ground is made for Bangla Deshi Muslim infiltrators, it will be waste of Indian land; therefore, their bodies should be cremated.

11. Neighbouring countries should be strongly warned about infiltration in India.

Necessity of contribution by Hindu advocates in Protection of Hindu Dharma

How advocates can help many pro-hindu organisations ?

‘Hindu Vidhidnya Parishad’ (HVP) is a voluntary organisation of nationalist and devout Hindu Advocates. Hindu Advocates drew inspiration from the ‘All India Hindu Convention’ organised by Hindu Janajagruti Samiti and established this Parishad. The Parishad is working towards ensuring justice to the Hindus through legal means.