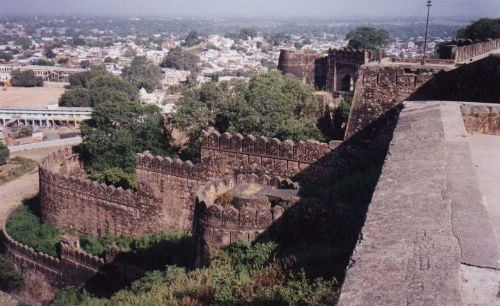 About the Jhansi Fort

The Jhansi fort is situated in the outskirts of Jhansi, Uttar Pradesh. Built by Raja Vir Singh Judeo in 1613, the Jhansi Fort played a major role during the first war of Indian Independence. The huge fort is built on a hilltop called Bangra. The Fort is an architectural delight to eyes, due to its size and beauty. The fort was a residence of Rani Laxmibai of Jhansi, who fought British army and attained martyrdom. During the rule of the Peshwas, the Jhansi fort was the capital of the area. The fort was made at the strategical location, to be in the centre of the state. Interiors of the Jhansi Fort

The Jhansi fort can mesmerise anyone by its size and location. Located on a hillock, the fort looks like a tall robust person. There are 10 gates to the entry of the fort. Some of these are Khanderao Gate, Datia Darwaza, Unnao Gate, Jharna Gate, Laxmi Gate, Sagar Gate, Orcha Gate, Sainyar Gate and Chand gate. The notable sights in the fort are the Shiva temple, Ganesh temple at the entrance and Kadak Bijli cannon used in the freedom struggle of 1857. The memorial board reminds one of the hair-raising feat of the queen in jumping on horseback from the fort. Nearby is the Rani Ka Mahal, built in the later half of the 18th century where an archaeological museum has come up today. On the way to the fort a statue of the queen has been installed. 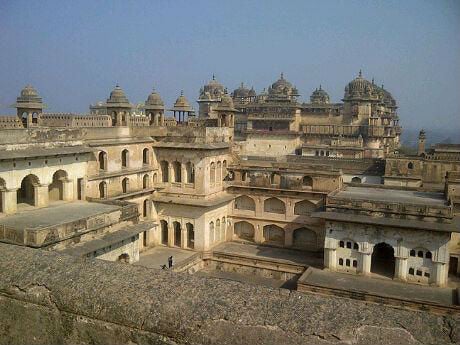 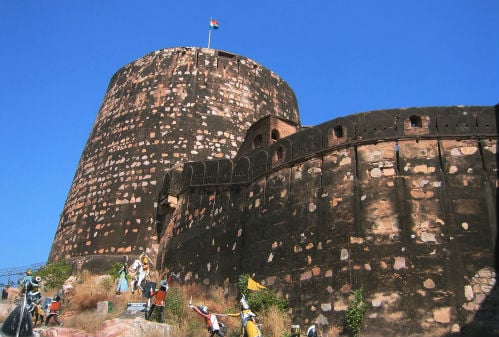