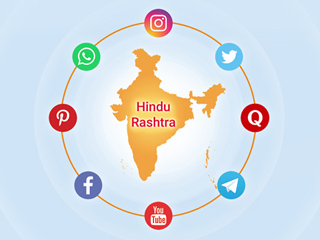 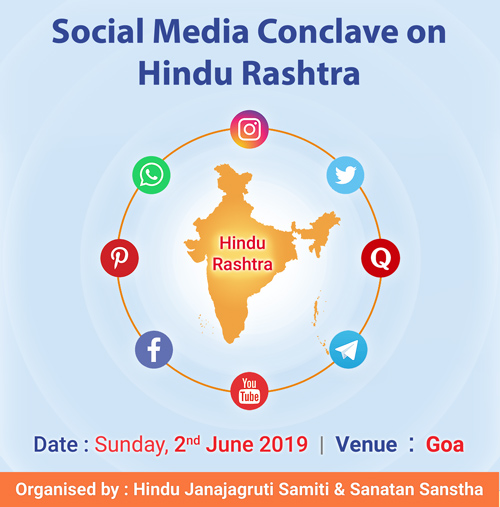 Hindu Janajagruti Samiti is pleased to announce the ‘1st All India Social Media Conclave on Hindu Rashtra’ on 2nd June 2019 in Goa, to be held under the aegis of the ‘8th All India Hindu Convention’.

We are greatful to all Pro-Hindus who registered for the First All India Social Media Conclave on Hindu Rashtra. We have received an overwhelming response from all over India.

We are trying to accommodate maximum people to attend the event, but we are bound by the constraints of limited space. We will keep the names of pro-hindus who are not get selected in this event in priority list for upcoming events.

But as every single person willing to contribute for Hindu Rashtra is important, we are streaming this event live on Facebook, Twitter & Youtube. Do participate through this medium.