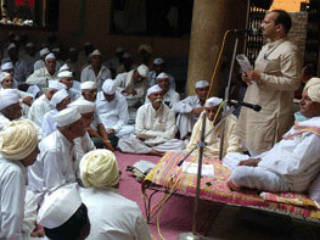 None of the investigating agencies or judiciary has so far declared Sanatan Sanstha as guilty but out of their Hindu-hatred, progressive organizations are demanding ban on Sanatan. – Abhay Vartak Read more » 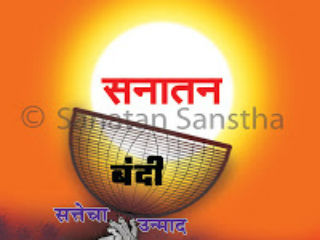 Ban on Sanatan Sanstha as the outcome of pressurization by so-called progressive factions will not be tolerated, was the warning given by Warkari Sampradaya during a press conference at Pandharpur Read more » 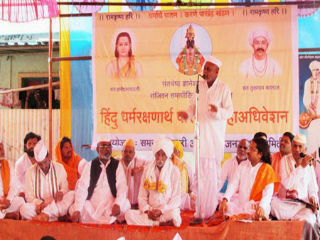 By filing cases against Warakaris, who were agitating for protection of sacred Bhandara and Bhamchandra Hills in lawful manner, police from Maharashtra have put to shame even Mughal regime ! Read more »

Prof. Dhobale said that he felt that not only at Shri-Kshetra Pandharpur; but at all places of pilgrimage in Maharashtra, sale of meat and liquor should be banned. Read more »

Main demands of Warkaris are stringent action to be taken against those burning ‘Tukaram Gaatha’, Implement Act banning cow-slaughter and Anti-superstitions Bill should be discarded. Read more »

Maharashtra Government spends billions of rupees to provide various facilities to followers of other religions; but it deprives millions of Warkaris, who come to Pandharpur, a pilgrimage place, of even minimum basic amenities Read more » The ritual of ‘Ringan’ taking place at the time of Dnyaneswar Mauli’s Palanquin Utsav at Sadashivnagar had to be cancelled due to slack attitude of the Government. This incident has taken place for the first time in the history of ‘Wari’ and hence the Warkaris are furious about it. Read more »