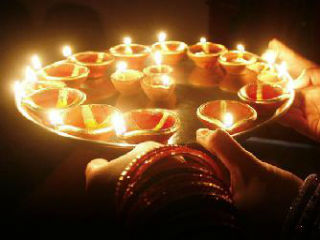 Following close on the heels of a Satanist group, the Universal Society of Hinduism wants to build a statue to Shri Hanuman at the Oklahoma Capitol. Read more »

The first ever Diwali festival was celebrated at the US Congress today amidst chanting of Vedic mantras by a Hindu priest. Read more » 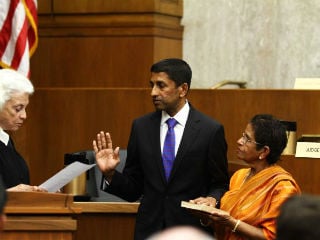 It was a red-letter day for Srikanth ‘Sri’ Srinivasan, 46, as he was formally sworn in as judge for the US Court of Appeals for the District of Columbia Circuit. This is the second most powerful court in the US after the Supreme Court. Read more » One of the biggest Hindu temples in the US, built at a whopping cost of $100 million near the Hollywood city in Los Angeles has become a major draw for its grandeur and environment-friendly design, since its inauguration.
Read more » Indian Americans have asked the Department of Justice and Federal Bureau of Investigation to separately track hate crimes against various religious communities in the country.
Read more »

Just one week after United States President Barack Obama’s convincing re-election, his faithful Vice President Joseph Biden led the White House celebration of Diwali , reflecting on the significance of festival of lights, and also acknowledging the presence of Tulsi Gabbard, the first Hindu American elected to the US Congress Read more »