The National Flag has been found used as a butcher towel in a meat stall in Thiruvananthapuram. Read more » The Enforcement Directorate (ED) on Saturday said it has got hold of “incriminating documents and evidences” related to foreign funding and acquisition of properties abroad by the Popular Front of India (PFI).  Read more » ED conducted raids at various premises of PFI and SDPI in Kerala on December 8 in a money-laundering case. The raids were carried in connection with this Islamic outfit having allegedly received and pumped money to fuel protest against the Citizenship (Amendment) Act in the country.  The protests had resulted in the massive anti-Hindu riots in Delhi. Read more » Kerala Police on Monday registered a case against Popular Front of India (PFI) activists on charges of making students of a school sport ‘I am Babri’ badges to mark the anniversary of Babri Masjid demolition. Read more » 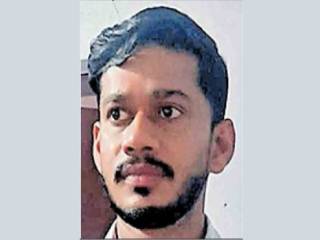 A teacher was arrested for setting up a hidden camera using his mobile phone in the school’s washroom, police said. Identifying the accused as K Naushad, 36, Dharmadom police said he had been teaching Arabic in the RC Amala Basic Upper Primary School. Read more » An IPS officer had allegedly been suspended from service for four-and-a-half years, tortured mentally and physically and was denied retirement and pension benefits, and is forced to live in exile in a neighbouring state. Reason: he refused to accept the narrative of the ruling party as the investigation officer in the Fazal murder case. Read more » 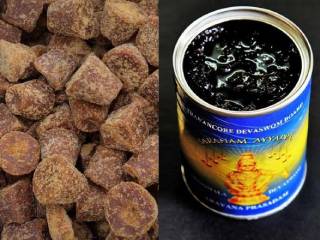 The Travancore Devaswom Board (TDB), which manages the Lord Ayyappa temple at Sabarimala, told the court that the jaggery received by it had ‘halal’ mentioned on the packaging as they are also exported to Arab countries by the company supplying to them. Read more » 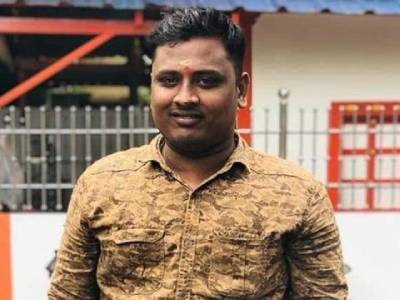 The 14-year-old twin sisters Shreya and Shreja were seen boarding a bus to Tamil Nadu with their classmates Arshad and Afzal of same age. Read more » Reportedly, Mithun Krishna, a Hindu married Deepthi (Christian) on October 29. However, two days later on October 31, Deepthi’s brother, who is a doctor by profession, assaulted Krishna for not converting to Christianity. Read more »