CM Siddaramaiah assured that the Congress government will repeal the ‘Anti-conversion Bill’ in the state after moving to power in 2023. Read more » Shivacharya Swamiji warned that seers of various mutts in the state will launch agitation against the government if anti-conversion law is not implemented. Read more »

The Karnatak legislative assembly passed the Protection of Right to Freedom of Religion Bill, 2021 popularly known as the anti-conversion bill amid protests. Read more » Karnataka police have arrested a man for repeatedly breaking and vandalising idols of Hindu Gods in Saligrama village near K.R. Nagar in this district of Karnataka. Read more »

The Karnataka Protection of Right to Freedom of Religion Bill-2021 will ensure that ‘helpless’ individuals are not forced into changing their religion. Read more » PFI-SDPI protest for the release of their party workers turned violent in Uppinangady in which nine cops including an officer of DySP rank were allegedly hurt. Read more » 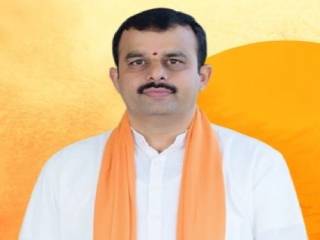 State Minister for Kannada and Culture Sunil Kumar said on Monday that the state government would soon bring in a law banning ‘Love Jihad’ in the state. Religious conversions were opposed by great personalities like Mahatma Gandhiji and Swami Vivekananda. Read more » 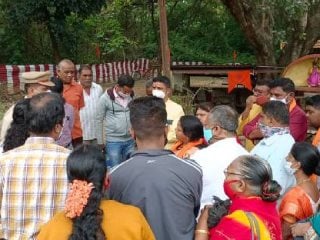 Hindu organisations staged agitation against the railway officials who came to demolish the Shri Chamundeshwari Devasthan, located at a distance of 200 meters from the cantonment railway station in Vasanth Nagar. Railway officials attempted to demolish a Hindu Temple by trying to prove it unauthorised. Read more »