The ISIS has released a new graphic video showing a four-year-old British boy blowing up a car and killing three people, accused of spying in Syria for the West. Read more » Of all the faiths in the UK, Hindus are the happiest, scoring well above the national average and just under the demographic of people who consider themselves to be “in very good health” Read more » Murder, assaults and rape have become everyday occurrences in this small country, with a population just short of ten million, which last year opened its doors to almost 163,000 immigrants. Read more »

Of all the faiths in the UK, Hindus are the happiest, scoring well above the national average, according to data compiled by the Office for National Statistics over the last 4 years in the UK and published a couple of days ago. Read more » Seeking to address the allegations regarding the “so-called restrictions” imposed on the wearing of the Sikh turban, France on Tuesday clarified that there was no ban on Sikhs wearing turbans in public places Read more » The Islamic State terror group has warned Britain of an attack more severe than the Paris strikes, saying the country will receive the “lion’s share” of the slaughter for its “declaration of war against Muslims”. Read more » 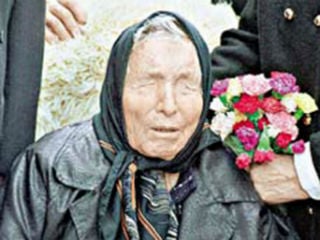 Nostradamus seems to have a successor – Vangelia Pandeva Dimitrova, more known as the blind Bulgarian seer Baba Vanga – who has a roster of terrifying predictions for our future, including a big Muslim invasion of Europe in 2016 Read more »