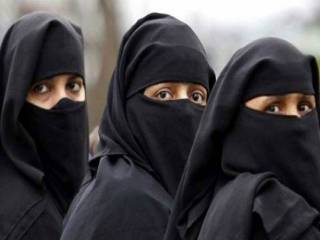 New Delhi : Amid the raging debate over ban on triple talaq, ‘nikah halala’ and polygamy, Hindu Mahasabha has now appealed to the Muslim women, who are victims of such evil Sharia practices, to embrace Hinduism to get justice.

“If the law is not able to help them, or if the system fails to implement the Uniform Civil Code, then the women, who are the victims of triple talaq or nikah halala are welcome to visit my place,” Dr Pooja Shakun Pandey, the general secretary of Hindu Mahasabha had said.

“You come and accept Hinduism and I will be happy to arrange your marriage and perform the auspicious ‘kanyadan’ custom,” she said.

“I will convert those victimised women to Hindu and arrange their marriage,” she added.

The All India Muslim Personal Law Board (AIMPLB) on Tuesday said that practice of triple talaq will be abolished in 18 months.

Triple talaq, ‘nikah halala’ and polygamy violate Muslim women’s right to equality and dignity and are not protected by the right to profess, practise and propagate religion under Article 25(1) of the Constitution, the Centre told the Supreme Court on Monday.

While putting forward its arguments before the SC bench, the government reiterated its earlier stand saying these practices render Muslim women “unequal and vulnerable” as compared to men of their community as well as women belonging to other communities.

The Centre described triple talaq, ‘nikah halala’ and polygamy as “patriarchal values and traditional notions about the role of women in society”.

“There are unreasonable classifications which arise from practices such as those under challenge in the present petition, which deny to Muslim women the full enjoyment of fundamental rights guaranteed under the Constitution,” it said.