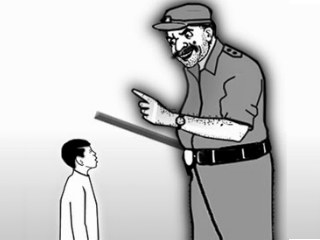 1. More than 25 demonstrations have been held successfully and in lawful manner in the district so far under aegis of RHA. Similarly, an application was given to the office of District Superintendent of Police at Rajapur.

2. Such permissions for holding demonstrations are granted by local police stations. An employee at Rajapur police station told over phone to HJS Coordinator that owing to implementation of election code of conduct for Zilha Parishada and Panchayat Samiti elections, such application should be given to zonal officer.

It is deplorable that permission for Hindus’ lawful demonstrations, proposed to be held for their rights, was declined only to avoid displeasure amongst fanatics !

Objection to issues related to attacks on Hindu Dharma

The main demands mentioned in the application were – Atrocities against Kashmiri Hindus should be termed as genocide and separate part ‘Panun Kashmir’ should be given to them; fanatics with their mastermind should be immediately arrested for staging riots at Malkapur (Dist. Buldhana) withdrawing cases filed against innocent Hindus; children of infiltrating Rohingya Muslims should not be given admission in schools in Telangana and Rohingya Muslims should be driven out of the country. The local administration took objection to these issues. ‘The demands were against followers of other religion. Election Code of conduct was implemented and such demonstrations might lead to law and order problem. Considering opinion of local police, permission could not be granted for demonstrations’, was the letter given to HJS volunteers by Dy. zonal officer and dy. zonal Magistrate.