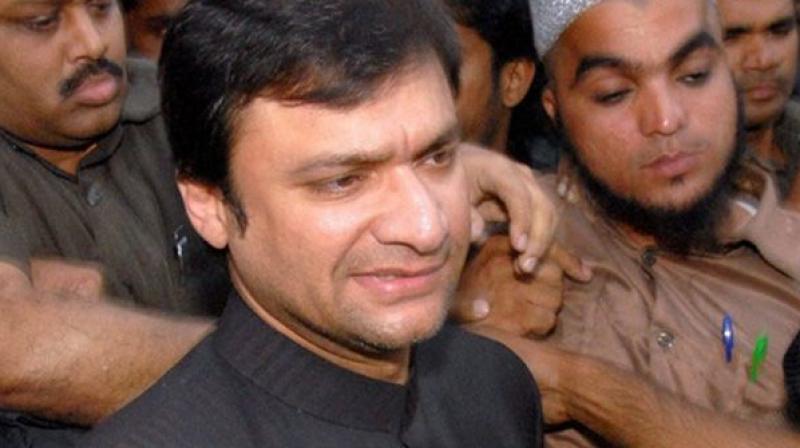 Hyderabad : Four of the seven MIM MLAs have cases against them with floor leader in the Telangana Assembly Akbaruddin Owaisi leading with nine cases, including the Tuesday’s case registered at Chandrayangutta.

A case of disobedience to public servants’ order (188 IPC) and promoting enmity (125 of RP Act) between classes, registered at Chandrayangutta police station, is pending for 11 years as the decision to prosecute is pending with the government.

Of the six cases against Mr Abdul Pasha Qadri, one was registered at Falak-numa police station six years back on charges of criminal intimidation, causing hurt to deter a public servant from his duty, unlawful assembly etc.

Mr Ahmed Bin Balala, the MLA from Malakpet, has three cases against him, including the one registered on Tuesday for alleged attack on the deputy CM’s son Azam Ali and MBT leader Amjedullah Khan.

Earlier, the Supreme Court had given clear instructions that once a court takes cognisance of cases concerning MPs and MLAs after the police file a chargesheet, the trial court should dispose it in a year.

“This is not happening and the condition that the government should give permission to prosecute legislators is also causing delay,” said Mr Padmanabha Reddy, secretary, Forum for Good Governance.