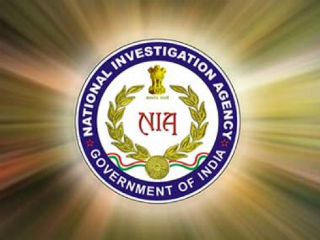 New Delhi : Two more people with suspected links to the recently busted pan-India terror module owing allegiance to the Islamic State have been detained and are likely to be handed over to the NIA soon.

The two, whose names have been withheld, were being questioned by a joint team of intelligence agencies.

NIA has so far arrested 14 people belonging to ‘Janood-ul-Khalifa-e-Hind’ (Army of Caliph of India), the Indian wing of ISIS, who were picked up from various parts of the country for allegedly planning to carry out terror strikes at important installations.

NIA claimed that the accused were regularly in touch with active members of ISIS in Syria through internet chatting via ‘Skype’, ‘Signal’ and ‘Trillion’ and were also using the social networking sites to motivate young men to join the terror outfit which has captured vast swathes in Syria and Iraq.

Those arrested include Mudabbir Mushtaq Shaikh, the self-styled ‘Ameer’ of group. He was the man behind raising the outfit after earlier attempts by the global terror organisation to set up its base in the sub-continent failed, official sources said.

Shaikh, who assumed the title of ‘Ameer’, supposedly under instructions from Baghdadi himself, was active on some of the social networking sites.

The idea behind setting up the terror group in India was to extend Baghdadi’s fearsome ‘Caliphate’, sources said, adding his custodial interrogation may help the security agencies unravel the plans of the organisation.