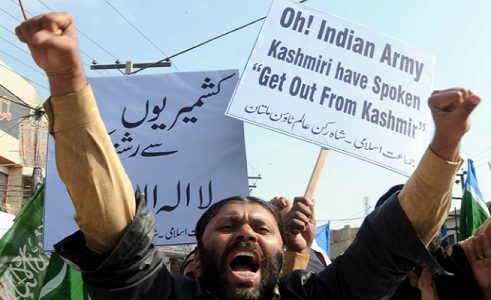 The State of Jammu & Kashmir is regarded as a crown in India’s head and it is one of the most beautiful places on the entire Earth. Mughal Emperor Jahanghir once said ” If there is ever a heaven on earth, its here, its here, its here”. Throughout the history, the valley of Jammu & Kashmir was famous for its scenic beauty until it was made a mess by partitioning India and subsequent actions taken by the respective government. India’s first Prime Minister Mr. Jawaharlal Nehru is always criticized for making Kashmir issue a “Chakravyuh” in which one can enter but can’t get out of it. Through this article we are trying to cover some mistakes committed by Jawaharlal Nehru and his Congress government, had if they were avoided there would have been a different story:

Exact intention of State of Jammu & Kashmir regarding joining India or Pakistan: The Maharaja of state “Shri Hari Singh” was ready to accept the terms of Indian IOA (Instrument of Accession) and his only concern was Sheikh Abdullah. His intention can be measured by the words that he said during the 1931 Round Table Conference. He proclaimed in front of British Crown:

“I am an Indian first and then a Maharaja”

This gives us an idea that entirely the state of J&K can’t be blamed for the current mess nor the Maharaja of the State.

1) Close friendship of Jawaharlal Nehru and Sheikh Abdulla: Jawaharlal Nehru disliked Maharaja Hari Singh from the beginning. Sheikh Abdulla launched “Quit Kashmir Movement” in 1946 for which he was jailed by Maharaja. Nehru wanted to intervene in the issue and when he entered into the state he was stopped by Maharaja’s troops. Nehru took it as an insult and never forgave Maharaja. Hari Singh knew about this friendship and therefore hesitated to sign Indian IOA. Later on Nehru pressurized Maharaja to appoint Sheikh Abdullah as Prime Minister of State.

2) Too Much Trust on Sheikh Abdullah: Nehru blindly trusted Sheikh and later difference grew between them to such an extent that that Sheikh was arrested by central government in 1953. When Indian Army was ready to recapture the area taken by Pakistani invaders, Nehru didn’t approved army to advance further. It was Sheikh who suggested Nehru not to advance further as the area beyond was not Kashmiri. In 1953, Sheikh was charged with conspiring against India, helping Pakistan to annex J&K and inciting communal disharmony.

3) Not allowing Indian Army to completely recapture the area annexed by Pathan invaders: On 21/22 October 1947 an army of 5000 Pathan tribesmen (Army supported by Pakistan) invaded the state. Once the Maharaja signed IOA, Indian Army began one of the biggest operation in history. Within few days Indian army won many important points and recaptured Baramulla thereby removing danger to the city of Srinagar. To completely annihilate the invaders Indian Army waited for approval from high command to attack on their base and drove them out. Nehru didn’t allowed to attack further and logged the case in U.N.O (United Nation Organization). To this day the area is not recaptured and known as POJK (Pakistan Occupied Jammu & Kashmir).

4) Escalating the issue into United Nations: Jawaharlal Nehru didn’t allowed Indian Army to attack further and recapture the area but lodged the complaint (suggested by Lord Mountbatten) to the United Nation’s Security Council thereby making it an international issue. The solution provided by UN Commission was “Issue would be resolved by democratic means of plebiscite once the Pakistan withdrew its troops from captured territory”. India declared ceasefire on 1st January and Pakistan never removed its forces from captured land.

5) Too much Trust on British: It is said that Nehru trusted British more than the Indian generals and in case of Kashmir issue he took command in his own hand (for rest of India it was done by Sardar Vallabhbhai Patel). For issues related to Kashmir he consulted Lord Mountbatten and other English Generals. As per the British, initially they had intention to cede J&K to Pakistan. British Officers supported the Pakistan Army to capture the Gilgit-Baltistan region of J&K by supporting them in terms of arms and strategic plans.

6) Giving higher share of Assembly seats to Kashmir Region than Jammu Region: During the formation of Jammu & Kashmir Assembly the Congress government gave the control of State to Kashmir region by giving it 43 seats out of total 75 seats. It is to be noted, both by area and number of voters Jammu region should have got higher share. No any official census or surveys were done and government gifted more than 50% of assembly seats to Kashmir Valley thereby making it impossible for Jammu to play any pivotal role. To pass any law or abolish article 370 it should be passed in J& K assembly and by this scenario it was made impossible. Till date the unequal distribution of seats makes it difficult for other parties to form government. The state politics is controlled by Kashmir Valley which in turn supports Pakistan and Separatist leaders. (At present Kashmir region has 46 seats, Jammu has 37 seats and Ladakh has 4 seats).

7) Malpractices carried by him and his government during first election of State in 1951: To conduct the first election in the valley the Central government (Congress) committed blunder mistakes. First no census were carried out and census of 1941 was not taken into account (1941 census population data: Jammu- 20 Lakh, Kahsmir-17 lakh and Ladakh/Gilgit-3 lakh). Second, in the election National Conference won all 75 seats (Note-winners of first election were about to draft the constitution of J&K!). 73 members won without any opposition and 2 members (Not Muslim) who filed their nomination got death threats and they backed off. Third, after election the motion of acceptance of election was moved in Indian Parliament and in spite of opposition by leaders like S.P Mookerjee it was passed in Parliament (Note- Congress at that time has 364 members in Parliament).

An image of “Kabali’s” or the Pathan invaders. Pakistan supported them by providing arms and shelter.

8) Used his power to pass article 306-A which ultimately became source of article 370: In its initial days article 370 was not in scene and instead article 306-A was drafted. Nehru sent Sheikh to Dr. B.R Ambedkar to draft an appropriate constitution for state but Dr. Ambedkar rejected it saying:

“Mr. Abdullah, you want India should defend Kashmir, India should develop Kashmir and Kashmiris should have equal right as citizens of India, but you don’t want India and any citizen of India to have any rights in Kashmir. I am the Law Minister of India. I cannot betray the interest of my country”.

9) Giving excessive power to the State Legislature of Jammu & Kashmir: While drafting the constitution of Jammu & Kashmir excessive power was given to the state legislature. The state legislature was empowered to make laws on all state subjects including implementation of laws and deciding who are the citizen of J&K. According to J&K, person who has domicile in Jammu & Kashmir would be regarded as citizen of India though the reverse would not be acceptable. Similarly the state has not implemented IPC (Indian Penal Code) and it has its own RPC (Ranbir Penal Code).

10) Hiding important information from Indian Parliament: Nehru kept the entire Parliament in dark and with the help of President of India passed the order of 1954 that significantly affected the Indian control on state. On 14th May 1954 Nehru forced president of India to pass “Order Constitution” which was applicable to state of J&K. This came into force as article 35A of Indian Constitution. This article deals with employment, acquisition of property, settlement, scholarships and other important aspects of state. In this order many exceptions and modifications were made but the entire Indian Parliament was not informed about it. You would be surprised to know that armed with these power the state has refused to add the word “Secular” in its constitution that was added to Indian constitution after 42nd Amendment.

So we can see how the mistakes committed by our Prime Minister has dragged the entire country and state in unending chaos. Had if few precautions were made and personal relationship was kept aside the story of state would have been different. Article 370 came with temporary provision but now it has effectively became permanent.