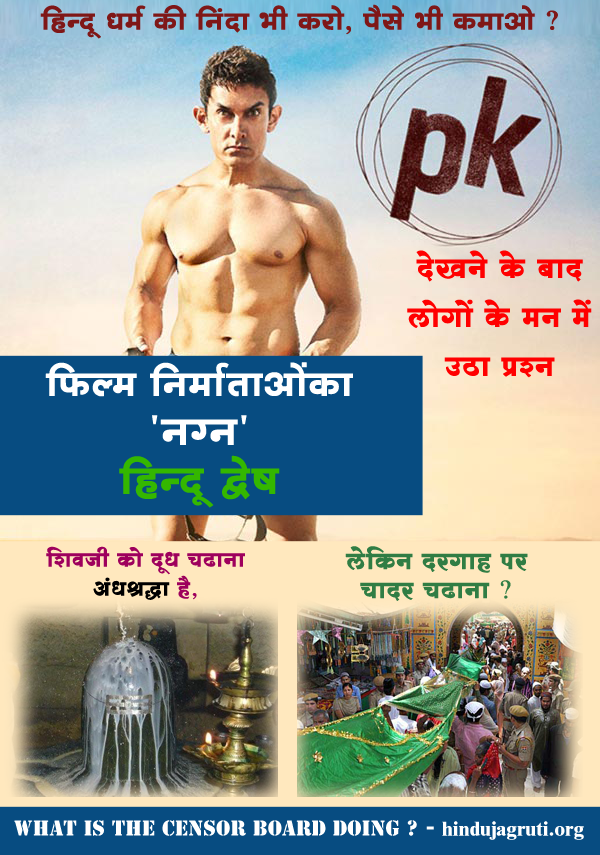 Hindu Janajagruti Samiti (HJS) and other devout Hindus have been involved in a campaign against the anti-Hindu film ‘PK’ which ridicules Hindu Dharma and Deities, and promotes ‘Love jihad’. As a part of this campaign HJS is creating awareness among the people through the internet also. With the grace of Shrikrushna that campaign is getting tremendous response, the review of which is given ahead.

1. On Hindujagruti.org : Between 22nd December and 4th January, more than 78 thousand people have paid a visit to both the English and Hindi pages of the  awareness campaign.

2. Facebook : The Samiti’s Facebook page has been familiarizing people with the true intent of the movie. The posts are being tagged with #BoycottPK. More than 4 million people have been made aware of this issue through these posts, both on English and Hindi pages.

At the same time, a signature campaign addressed to the Information and Broadcasting Minister Arun Jaitley and Home Minister, Rajnath Singh,  demanding a ban on the film PK is also being undertaken on the links above.

HJS page on the PK issue is ranked high by Google

If the Keyword, #BoycottPK used by the social networking Twitter, is typed on Google then Samiti’s ranking is next to twitter. This is a success to the united Hindu efforts.

• #BoycottPK – Worth Introspecting : A Hindu explains how Amir Khan got the Wrong Number !

Hindu Janajagruti Samiti (HJS) has started an extensive movement against Hindi film ‘PK’ which denigrates Hindu Dharma and Deities; besides glorifying ‘love jihad’. As a part of this movement, awareness is being created even through internet and it is getting an overwhelming response with God’s grace ! 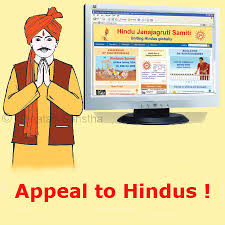 1. Website of HJS : Hindujagruti.org, HJS’ official website undertook a wide movement to awaken Hindus on the issue. In last 3 days from 22nd to 25th December 2014, news regarding ‘PK’ was viewed by more than 36,000 devout Hindus on HJS website in Hindi and English.

2. Facebook : On the facebook page of HJS, dufferent posts exposing true nature of this film were published with tha hash tag #BoycottPK. More than 90% people have given response to these posts in favour of HJS’ stand.

3. Response received to English and Hindi pages for the posts in last 3 days till 4.30 p.m. on 25th December is as given below :

5. Some representative responses from devout Hindus :

a. If Amir Khan has guts, he should make films on issues like sins of ISIS; oppression of Kashmiri Pandits in the name of Islam, doing justice to persons like Salman Rushdie and Taslima Nasreen. For the sin committed in the form of ‘PK’, its Hindu producers- directors are more responsible than Amir Khan; shame on them ! – Shri. Sunilkumar, Bathla, Kashipur, Uttarakhand

b. Pakistanis have extended financial aid to ‘PK’ and it is the outcome of attempts made by senior-level officers of Congress and secularists – Shri. Raman Nair, Thiruvananthapuram, Kerala

c. Insult of Hindu Dharma and Hindus, taking away rights of Hindus and conferring them on Muslims, abusing Hindus’ Deities is the so-called secularism of Indians ! – Shri. Bharat Tigaya, Ajmer, Rajasthan