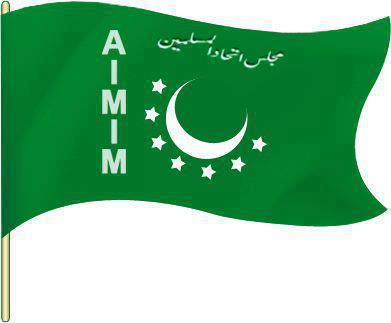 Sambhajinagar (Maharashtra) : On 19th October, a mob of MIM workers stopped funeral of a Hindu; raised slogans like ‘Kaun aayaa bhaai kaun aayaa, MIM ka sher aayaa’; ‘Oopar chhatri, neeche chhaya, bhago Hindu, Owaisi aayaa’; ‘Allah-o-Akbar’ etc. and burst crackers. (Fanatics are not bothered about law and order and rulers from all parties have pampered them all these years; therefore, they dare to behave so insolently ! – Editor, Dainik Sanatan Prabhat)

1. On the day of election results, MIM’s candidate won and fanatics burst crackers,  showering green colour all over the place.

3. After bursting of crackers, the bier had to be set.  Fanatics blocked the way even when the body was being taken in a hearse. (Is it Pakistan that fanatics are stopping Hindu’s funeral ? – Editor, Dainik Sanatan Prabhat) Hindus had to therefore, find way in such difficult situation and go to crematorium.

4. Hindus have applied to police for patrolling the area due to this incident. (Hindus should not just ask police to patrol the area but should force them to take stringent action against insolent fanatics who stopped funeral ! – Editor, Dainik Sanatan Prabhat)

Green danger is increasing in Mumbai ! 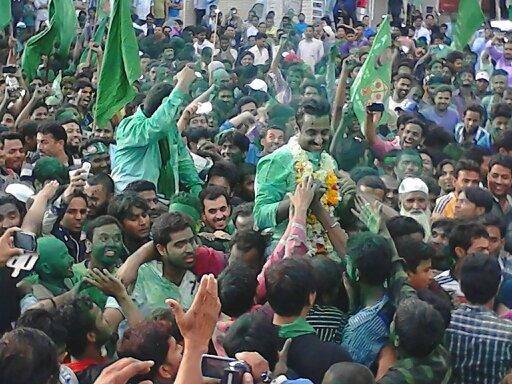 Mumbai : MIM’s candidate Waris Pathan has been elected as MLA in State Assembly; therefore, thousands of fanatics took out a procession in Nagpada, carrying him on their shoulder. They were wearing green caps, showering green colour everywhere while raising slogans against Hindus. Even police got scared to see such green celebration. (Hindus should think about who is going to protect them if police are scared of fanatics ? – Editor, Dainik Sanatan Prabhat)

The fanatics paid no attention to police who were on duty in that area. They were acclaiming MIM leader Akbaruddin Owaisi. There was green colour everywhere on the roads in Nagpada.