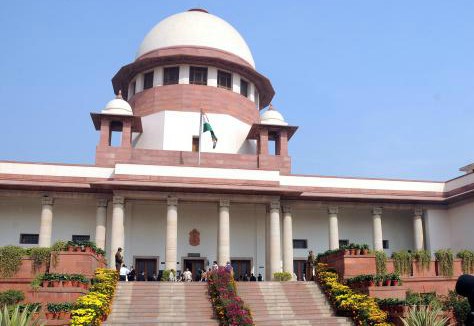 On Friday, 20th January 2023, the Supreme Court said a five-judge bench will hear a batch of five-judge petitions challenging the constitutional validity of polygamy and nikah halala practice among Muslims. Addressing the replies filed by advocate Ashwini Upadhyay, one of the petitioners, Chief Justice DY Chandrachud, and Justice PS Narasimha said a new five-judge bench will be reconstituted on the matter.

Two judges of the old constitutional bench, Justice Indira Banerjee and Justice Hemant Gupta, have retired. Last year, Ashwini Upadhyay filed a petition in this regard in the Supreme Court. While hearing this, the CJI said, “Many more important cases are pending with the bench of five judges. So, we are setting up another constitutional bench and will take into account the matter.”

The constitutional bench had sought responses from stakeholders

On August 30 last year, a five-judge bench comprising Justices Indira Banerjee, Hemant Gupta, Surya Kant, MM Sundaresh, and Sudhanshu Dhulia was hearing the case. The bench had issued notices to the National Human Rights Commission, the National Commission for Women, and the National Commission for Minorities, asking them to file their replies on the matter. Shortly thereafter, on September 23 and October 16, Justice Banerjee and Justice Gupta retired respectively, necessitating the formation of a new bench to hear eight petitions against polygamy and nikah halala.

Petitions of Muslim women to be heard

BJP leader and lawyer Ashwini Upadhyay and some Muslim women, including, Naisa Hasan, Shabnam, Farzana, Samina Begum, and Mohsin Kathiri, have filed petitions challenging the constitutional validity of polygamy and nikah halala. All these petitions have sought that these practices of Muslim society should be declared unconstitutional and illegal. The petitioners contended that practices such as polygamy and nikah halala violate the fundamental rights of Muslim women.

What are polygamy and nikah halala traditions?

According to Sharia or Muslim personal law, a Muslim man has the right to have four wives in polygamy. At the same time, in the process of nikah halala, a divorced Muslim woman has to first marry another person and then divorce her to remarry her husband. The Supreme Court decided to hear this petition in July 2018 after which other similar petitions were referred to the Constitutional Bench.