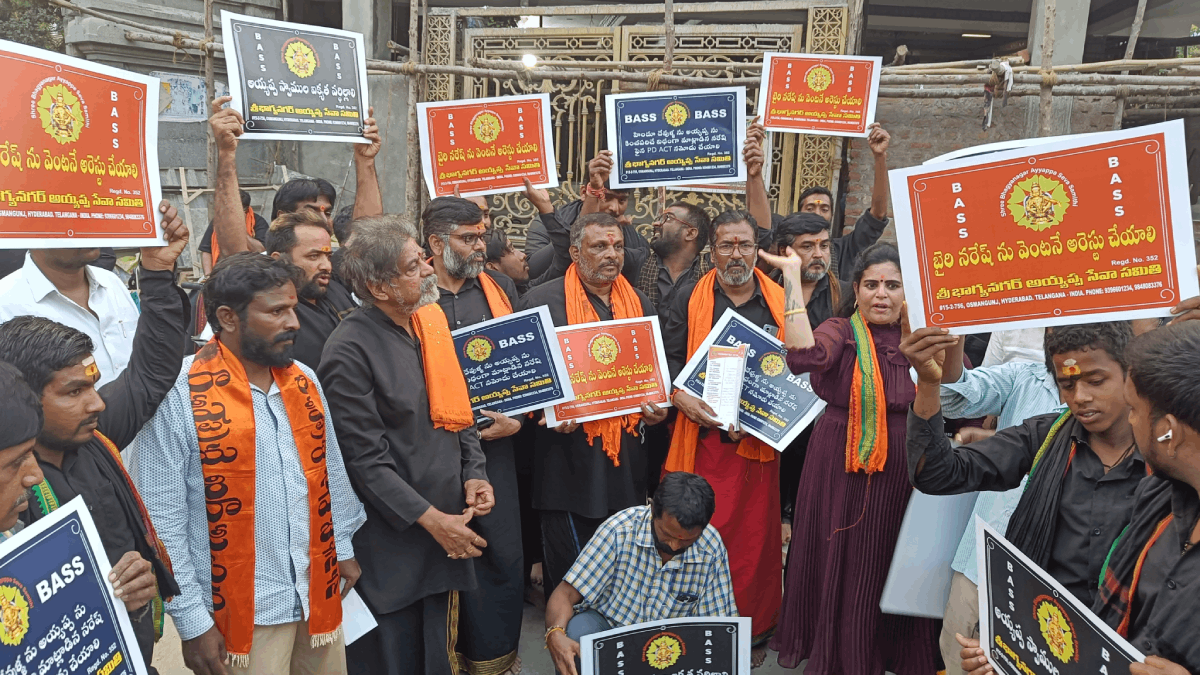 The video of the derogatory comments made by Bairi Naresh went viral over social media attracting massive criticism from the Lord Ayyappa Swami devotees. Police complaints demanding strict action have also been filed against Bairi Naresh for hurting the sentiments of Ayyappa devotees and making obscene remarks against the Hindu God.

One of the complaints was lodged by a woman identified as Karate Kalyani who stated that it has become a vogue to degrade Hindu Gods for publicity and requested harsh punishment against Naresh for hurting Hindu sensibilities. She said that the statements were made with the objective of ‘seriously hurting’ Hindu feelings.

The complaint has been filed under section 153A of the Indian Penal Code Section 153A. (IPC). Naresh who is a Dalit leader and head of ‘Bharata Nasthika Samajam’ allegedly remarked negatively about Lord Ayyappa’s birth and made other disparaging statements during a meeting of different Dalit organizations.

On December 30, Hindu Janajagruti Samiti and various Hindu organizations like Bhagyanagar Ayyappa Seva Samiti, All India Ayyappa Seva Samiti agitated in front of the Police Commissioner’s office in Bhagya Nagar. The state coordinator of Hindu Janajagruti Samiti, Shri. Chetan Gadi, said that the Bharat Atheist Samaj has purposefully organized atheist meetings at various places under this organization insulting the Hindu religion. Describing themselves as Ambedkarites, they keep commenting on Hindu Deities and Hinduism. He further said that what is the purpose of establishing this India Atheist Society, which forces are working behind this organization, Missionaries or Islamic forces or Communists? These people are working with an agenda to separate the SC and ST class from the Hindu society in order to divide the Hindus. This should be investigated by the central government and this organization should be banned, as such incidents are happening again and again. Many people like Rangerla Rajesh, Bairi Naresh RS Praveen Kumar make fun of Hinduism in public gatherings and play with the religious sentiments of Hindus. 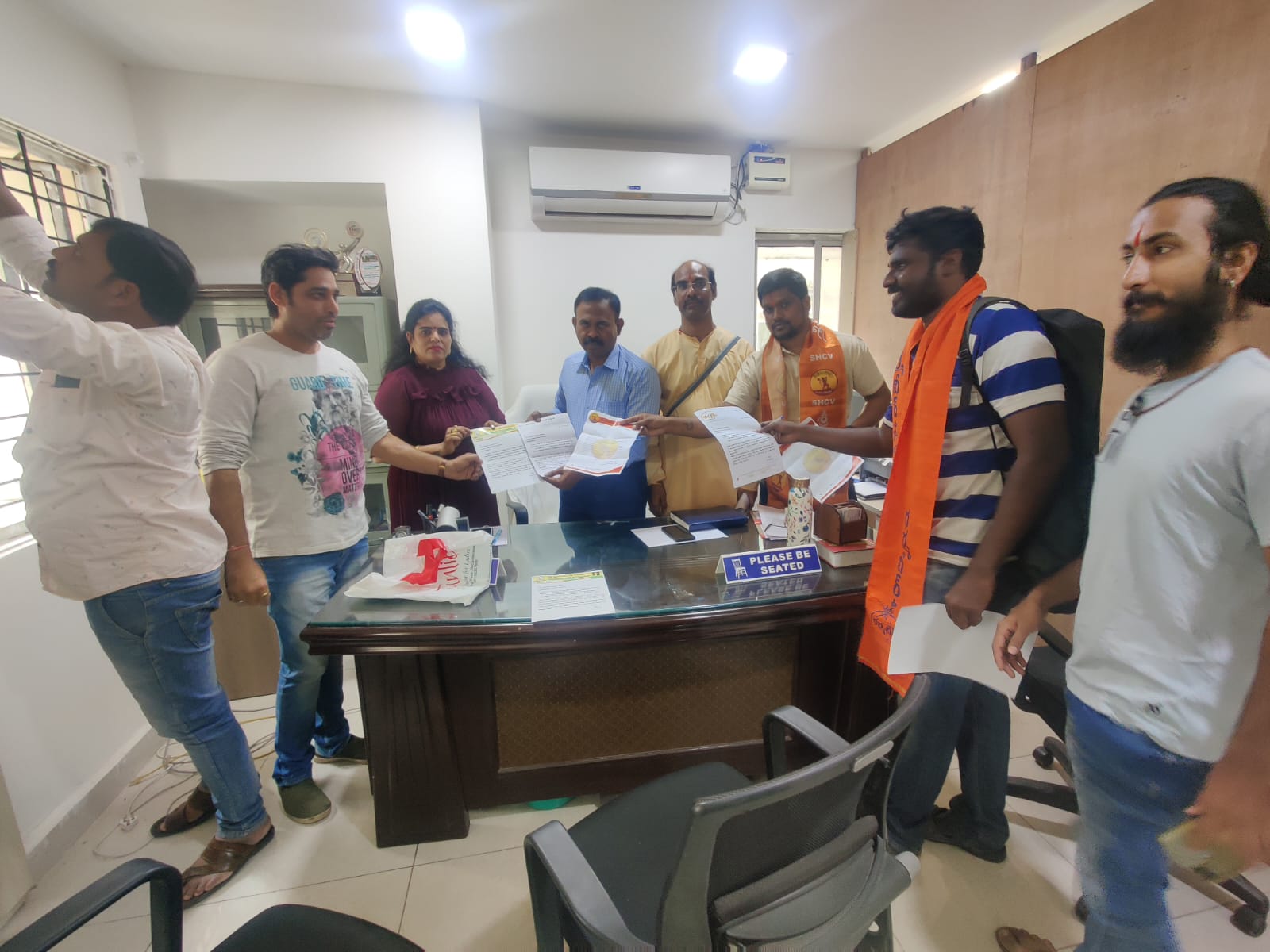 Meanwhile, Bandi Sanjay, the state president of the Bharatiya Janata Party, criticized the governing Bharatiya Rashtra Samithi (BRS) administration and demanded action in the case. “Anybody can abuse Hindu Gods in Telangana and get exonerated because the state encourages blasphemy without taking any action! KCR claims to be True Hindu & his Hindutva is real BUT so far what action is taken on insults against Gods Vishnu, Shiva & Ayyappa done in Kodangal?” he tweeted demanding strong action against ‘offender’ for hurting religious sentiments of Hindus.

Anybody can abuse Hindu Gods in #Telangana & get exonerated bcos @TelanganaCMO encourages blasphemy without taking any action!
KCR claims to be “True Hindu” & his “Hinduvta is real” BUT so far what action is taken on insults against Gods Vishnu, Shiva & Ayyappa done in Kodangal ?

The protest by the devotees was also held outside the Parigi Police Station in Vikarabad, seeking action against Naresh for disrespecting Hindu Gods and hurting the sensibilities of Ayyappa Swamy devotees. They also urged that the Preventive Detention (PD) Act be used against Naresh. Ayyappa Swamy followers also took to the streets to protest at Ambedkar Chowk in Ichoda, Adilabad district.

They further staged a dharna in front of the Karayankhed Police Station in Sangareddy district, asking that Naresh be charged for his controversial remarks on Ayyappa Swamy.