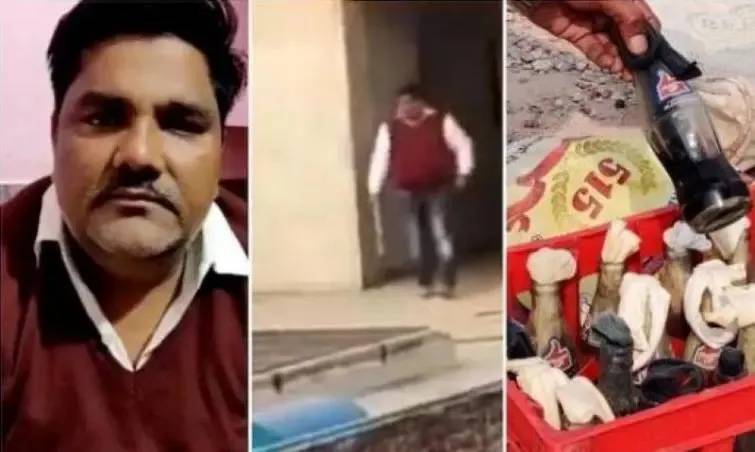 A Delhi Court on Monday framed charges against former AAP Councillor Tahir Hussain, Liyaqat Ali, and others for their involvement in the anti-Hindu riots in Delhi in 2020.

The court said there was clear cut objective to harm Hindus in every manner possible while framing charges against the accused, involving former councillor Tahir Hussain, in Delhi Riots 2020.

The court held all the accused liable to be tried for hatching a criminal conspiracy to indulge in riots & to harm the properties of Hindus, assaulting persons from the Hindu community, who were present in that building.

Citing video clips, the court said evidence makes it amply clear that former AAP Councillor Tahir Hussain was actively participating in rioting and persons present on his terrace were pelting stones at adjoining properties on road.

The court rejected the submission of a former AAP councillor wherein he contended that he was actually throwing water to extinguish the fire and was actually a victim.

The court also took note of the statement of an eyewitness who said Liyakat joined a mob of Muslim persons shouting “Allahu Akbar” started pelting stones at a crowd, and accused Riyasat fired at them with a pistol.

ASJ Pramachala noted that the mob’s actions were the result of a criminal conspiracy, and all defendants are subject to trial for conceiving a plot to commit riot, kill Hindus, and damage Hindu property.

Role of Tahir Hussain in the Delhi riots

It is notable to mention that Tahir Hussain had earlier confessed in a disclosure statement that he chose his own house as a launchpad for the riots. Given that his house was a high-rise building and was under construction at that time, it was easy to collect stones and bricks without raising any suspicion.

He confessed that he and his co-conspirators had started collecting stones, bricks, and other ammunition, well in advance so that they could teach those, who were in support of the CAA, a lesson when the time was right. To that end, 2-3 days before the riots broke out, he had also got his licensed pistol released from the police station.