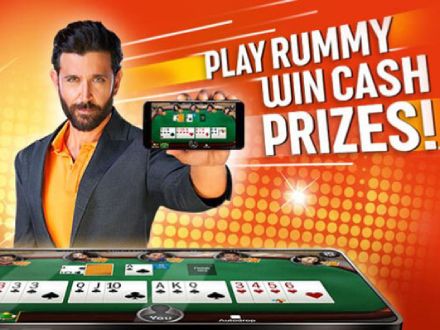 As per media reports, the Government of India is planning to regulate all online games including real-money games based on skills as well as chance. Reportedly, the Prime Minister’s office overruled a proposal only to regulate skill-based games and leave out chance-based games. Notably, the gaming sector in India is expected to become worth $7 billion by 2026. The Indian gaming sector is dominated by real-money games, including Tiger Global and Sequoia Capital-backed Dream11 and Mobile Premier League.

Reuters said in its report that an Indian panel was set up to draft the regulations in August. It proposed a new body to decide if a game is based on skill or chance. The body suggested that the skill-based games should be governed by planned federal rules requiring registration, KYC norms, and a grievance redress mechanism.

For those who are not aware, games of chance basically come under the ambit of gambling that is banned in most parts of the country. If the government had decided to govern only skill-based games, the games of chance would have come under the state governments’ regulations. However, things will change as the PMO has overruled the suggestions given by the panel to leave the chance games out of the regulation cover.

As per reports, a meeting was held on October 26 where PMO officials objected to the differentiation suggested by the panel. The officials called for the expansion of oversight on all types of games. As Reuters report suggests that the information gathered was through confidential documents, OpIndia cannot verify the authenticity of the claims.

It is notable that the process of differentiating the skill-based games and games of chance is not easy as there is no legal clarity over the two and there have been different court decisions in contrast to each other. For example, the Supreme Court of India says that rummy and certain fantasy games are skill-based and legal, however, state courts have different views over such games including poker.

Reuters talked to three officials involved in the rule-making process, including two officials from New Delhi. They told the agency that the rules will give the central administration broader oversight on all types of games. The state governments will also have the power to impose bans on gambling or games of chance.

Furthermore, there have been reports of addiction to such games leading to financial losses, especially among youth. In some cases, incidents of suicides were also reported. The government has expressed concerns over the potential addiction to such games and platforms. Notably, the panel in August had recommended the inclusion of “de-addiction measures” including periodic warnings and advisories to inform people about the danger of such games. The panel also suggested imposing limits on deposits and withdrawals.

In June 2021, PM Modi expressed concerns over real-money games and the resulting stress from these games.

While speaking at Toycathon-2021, PM Modi said, “Cheap data and the boom in the Internet are digitally connecting our villages today. In such a situation, along with physical games and toys, India’s prospects and potential in virtual, digital, and online gaming are increasing rapidly. But the concept of most of the online or digital games that are available in the market today is not Indian; it does not match our attitude. You also know that the concepts of many such games either promote violence or cause mental stress.”