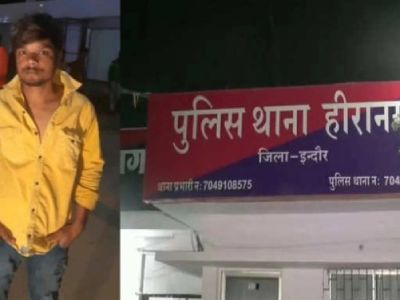 A fresh case of Love Jihad has emerged in Indore, Madhya Pradesh, where police arrested one Anwar Khan alias Annu for raping a Hindu girl student while concealing his identity and then blackmailing her. According to accounts, Anwar was also pressuring the victim girl student to convert to Islam.

The case pertains to Gauri Nagar of the Hira Nagar police station area in Indore. According to media reports, the victim who is a 25-year-old BCom student informed authorities that she met Anwar on social media roughly 8 years ago. Anwar Khan used the name Annu on Instagram. They both met each other after they got in touch while he kept his true identity concealed. Eventually, the student discovered 5 years ago that Annu’s true name is Anwar and that he is a Muslim.

A 25-year-old girl Khusi Pal (name changed) in her complaint told police that:

Anwar posed as Annu to befriend her 8 years ago, when she found about his true identity she stopped talking to him.

Recently, when she got engaged to another man, Anwar threatened & raped her. pic.twitter.com/LRv4ejWj0z

Following this, the girl separated from him and asked him not to contact her again. Anwar, according to the student, did not stop even after this. In September 2022, the girl’s engagement took place in Mumbai. When he found out about her engagement, he began blackmailing her and forcing her to marry him.

One day he reached the girl’s house, and finding her alone in the house, he raped her taking the opportunity. He then threatened to ruin the engagement, and forced her to convert to Islam and marry him. He also threatened to disclose to everyone that he raped her, in order to blackmail her.

After such harassment and torture continued for weeks, on Thursday (December 01, 2022), the student informed her family members of this. Following this, the family sought assistance from Hindu groups and went to the police station.

When the situation was brought to their attention, Bajrang Dal activists went to the police station and urged that the accused be arrested. Following this, the police filed an FIR against Anwar under different sections of the IPC, including rape and pressuring for religious conversion.

According to the Station House officer of the police station, the accused has been arrested and the police are investigating all the allegations by the 25-year-old victim. The accused, Anwar Khan alias Annu, son of hakim Khan, is a resident of the Sikandrabad colony in the Sadar Bazar area of Indore, Madhya Pradesh.