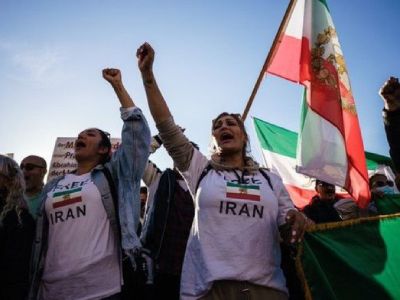 In a massive victory for Iranian women protesting against the mandatory hijab law and brutal police action for violating it, the Iran government has decided to abolish the morality police which enforces the Hijab law in the country.

According to media reports, the Attorney General of Iran has announced that the country has abolished its morality police. This comes after more than two months of demonstrations sparked by Mahsa Amini’s detention and execution for allegedly breaching the country’s stringent female dress code. In addition, as the nation attempts to calm more than two months of protests tied to the dress code, Iranian officials announced they will reconsider the decades-old legislation requiring women to cover their heads.

“Morality police have no role in the judiciary and have been disbanded”, said Attorney General Mohammad Jafar Montazeri, as cited by the ISNA news agency. He made the remark during a religious conference in response to an attendee who inquired, “Why are the morality police being shut down?”

The declaration came a day after Montazeri stated that “both parliament and the judiciary are working on the issue” of whether the legislation requiring women to cover their heads should be modified. In broadcast statements Saturday, President Ebrahim Raisi stated that Iran’s republican and Islamic roots were legally anchored, but that “there are methods of implementing the constitution that can be flexible.”

According to Iranian law, women and post-pubescent girls must wear head coverings and loose-fitting clothing in public. However, now this law is going to be reviewed.

These remarks are indicative of a victory for the protestors in the Islamic country and across the world who are raising their voices against the government and its hardline stance.

The morality police, the formal name of which is Gasht-e Ershad or “Guidance Patrol”, were established in 2005 under hardline president Mahmoud Ahmadinejad, to “spread the culture of modesty and hijab.” The police squad consisted of both male and female members that patrolled the streets and public places to monitor women’s attire. The Guidance Patrol teams arrest women they think are not appropriately dressed as per Islamic rules.

The women found violating the morality codes are slapped in the face and beaten with batons on the spot and pushed into police vans. They are taken to a correctional facility or police station, where they are lectured on how to dress appropriately and are released after recording the details. The detained women are also required to destroy their ‘inappropriate’ clothes if applicable. Now, after the morality police is abolished, such draconian measures will be a thing of past.

However, it is not known if some other force with a different name but with a similar purpose will be set up in future after the heat of the protest dies down.

Protests erupted on September 16 following the death of Mahsa Amini, a 22-year-old Iranian of Kurdish descent who had been detained by morality police for allegedly violating sharia law.

According to the reports, the incident is said to have happened on September 13 when Amini, a native of Saghez, Iran, had travelled to Tehran for a pleasure trip. The woman was with her brother Kiarash at the entrance to the Shahid Haghani Expressway when the ‘Morality Police’ arrived and arrested Amini for a one-hour ‘re-education class.’

Following her death, widespread protests erupted in the Islamic nation protesting the Sharia laws and compulsory hijab for women. Women across the world supported the movement by chopping their hair and burning their headscarves.